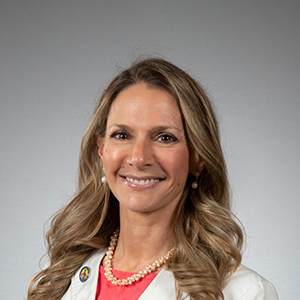 The risk of cancer in young adults is rising fast, and the trend is expected to continue, according to a new study published in Nature Reviews: Clinical Oncology. Since the 1990s, there has been a significant increase in many types of cancer among those under 50 including breast, colon, esophagus, kidney, liver and pancreas cancer, the study noted.

Who is at risk

Niamey Wilson, MD, a breast surgeon based at MidState Medical Center in Meriden, said that among colleagues, they have been discussing the rising frequency of younger breast cancer patients for at least the last five years.

Wilson is also the associate director of the Breast Health Program for the Hartford HealthCare Cancer Institute.

“Certainly we still have our patients who are in their 50s, 60s and 70s – the typical age is early 50s,” she said. “But we are seeing more women, diagnosed younger than ever, women as young as 25, 29, 30, in their 40s, coming in with a new diagnosis. And every time you see a patient who is a little younger, it hits a little harder. Because it’s not on their radar. It’s not something women in their 20s and 30s typically think about.”

> Schedule an appointment with an expert

Signs and symptoms of breast cancer

The general recommendation for when a woman should start having a mammogram to screen for breast cancer is age 40, although anyone considered at risk because of family history or genetic condition is counseled to start earlier.

Wilson said in her experience, younger women are typically diagnosed after the cancer has grown enough to show up as a symptom. Often it will be a lump felt during a breast exam, either done by the woman or her healthcare provider. Other symptoms can include:

Age plays a role in treatment

“Usually by the time you can feel a lump with your hand it has probably been there from six months to three years, depending on the type of cancer,” she said. This means that younger patients can arrive at her office with a more advanced stage of breast cancer. If a patient is younger than 45, Wilson recommends genetic testing to determine if there is an inherited mutation, such as the BRCA gene.

Treating a young breast cancer patient is different from treating an older woman, Wilson said. “Age definitely plays a factor,” she said. Chemotherapy can trigger menopause, which can be permanent. So if the patient is considering having more children, doctors can harvest her eggs to ensure fertility after treatment.

“In terms of actual treatments, there are differences in types of surgery offered, reconstructive approaches, medication options, and long-term side effects from all of these treatments that can be really life-changing.”

Factors behind the rise

Of course the biggest question behind this data is “why?” Why are younger people more frequently receiving a cancer diagnosis?

The study acknowledges that some of the increase might be due to earlier and better screenings. However, researchers said other factors might include:

What are the experts saying?

“I think there are a variety of things going on,” Wilson said. “Certainly early screening may help diagnose cancers. But these other less tangible factors likely play a role. I’m a very strong believer in the fact that stress probably contributes to increased rates of cancer. I have a lot of patients who seem to have had some sort of traumatic event in their life a year ago, two years ago, three years ago, and now they are walking in with breast cancer. More time spent on computers, phones and social media apps can also contribute to both lack of physical activity and increased personal stress, so it’s the combination that is really problematic.”

Another trend she sees in her practice is patients of all ages are “taking ownership” of their diagnosis. More patients are now doing research into their cancer and treatment options, and taking an active role in their care. Younger women are also opting for more aggressive treatments right at the outset of diagnosis, she said.

“A lot of the younger patients are opting for bilateral mastectomy instead of a lumpectomy,” she said. “For example, if a woman has a small cancer in one breast, the least invasive surgical option is to undergo a lumpectomy. But these younger women know that because their diagnosis came at a younger age, over time, the chances of a recurrence of their cancer is higher because of the length of time they will spend under a close watch. Many don’t want to have mammograms, ultrasounds and MRI’s for the next 50 years waiting for devastating news. Even though there is no survival benefit for a mastectomy, our younger patients tend to opt for more aggressive surgeries because they want to feel in control, that they’ve done everything they could, and to have even a slightly lower chance of facing this again in their future.”

“We counsel them on every approach and ultimately I tell patients, ‘It’s your body, I will support your decision’.” 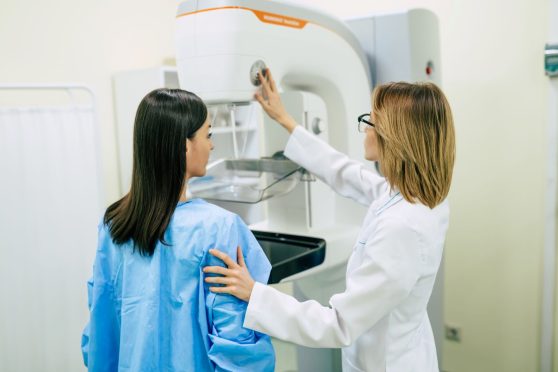 There’s a lot to remember these days. And it can be easy to forget one of the most important things: taking care of yourself. It’s recommended that women ages 40 and over receive a mammogram each year.
Find a Hartford HealthCare mammography location near meCall 855-90-MAMMO to schedule your appointment today