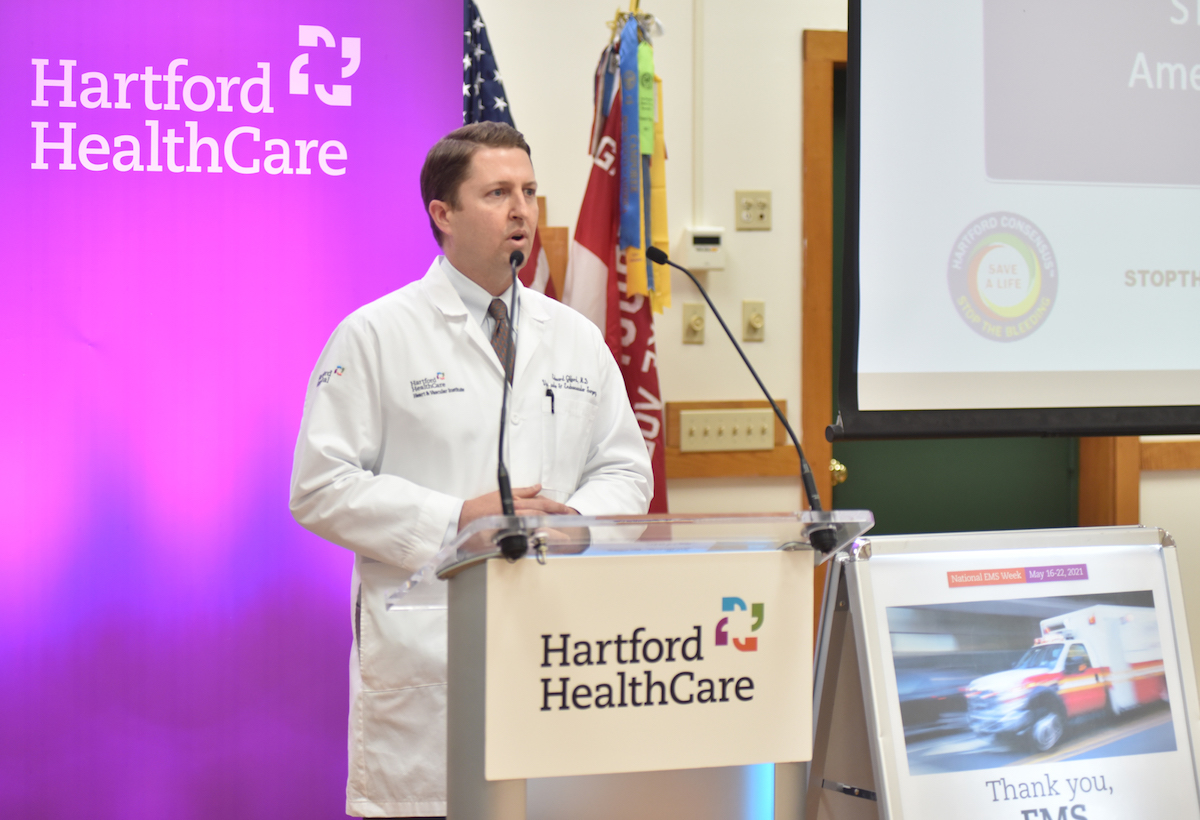 “They call that cut the widow maker.” That’s how Salem Prime Cuts butcher Sean Kelley described the injury that coworker Adam Ritchotte of Baltic suffered on March 7 while cutting a beef shoulder.

His injury didn’t make Adam’s wife a widow, however, as a team of volunteers and professionals across the healthcare system worked tirelessly on March 7 to save his life.

The group gathered at the Gardner Lake Firehouse on Thursday May 20 to celebrate and recognize their actions. Coincidentally, the event occurred during National EMS Week. Organizers also took advantage of the moment to offer a “Stop the Bleed” class.

Kevin Ferrarotti, Hartford HealthCare’s EMS System Director, said that Adam’s case – he severed his common femoral vein – “shows what the full 911 system looks like from that very first call all the way through care.”

McClaine said a groin knife injury such as Adam’s will typically be fatal in 3 minutes. But in 2017, Hartford HealthCare launched a statewide program to educate EMS personnel on wound packing and pressure dressing techniques. Those methods were key to Adam’s survival.

Dr. Edward Gifford, above, the vascular surgeon who saved Adam’s vein in surgery at Hartford Hospital, noted that communication across the system was key. The EMTs and paramedics gave the Backus Hospital Emergency Department advanced warning of the severity of the situation, and then Backus surgeon Dr. David Coletti called Gifford to tell him what was coming via Life Star.

At the close of the ceremony, Adam and Sean were called to the podium to speak.

“I’m more nervous up here than I was that day,” Adam said.

He thanked everyone who was involved in his care.

“And sorry about all the profanities in the ambulance.”