If drive-throughs, microwave meals and the snack aisle are part of your daily life, you’re not going to like this.

A new study from Brazil recently highlighted another way that these ultra-processed foods are bad for us: They’re connected to much faster cognitive decline in older adults.

What counts as ultra-processed food?

If it contains large amounts of fat, sugar and salt, or added flavoring, coloring or other additives, it’s probably on the list.

For years, studies have shown how dangerous these types of foods are for our hearts, weight, and lots of conditions from diabetes to cancer.

The new study, presented at the 2022 Alzheimer’s Association International Conference, raises the alarm for our brains, too.

Even a small amount of convenience food may speed up cognitive decline.

The study followed more than 10,000 participants from Brazil, aged around 50, over a range of six to 10 years.

And that wasn’t all.

“Boy, did those results make me go home and look at my pantry,” says Dr. Sanders.

> Related: When it Comes to Brain Health, How Much Alcohol Is Too Much – or Just Enough?

For brain health, try a Mediterranean diet instead.

Ultra-processed foods make up more than 50% of American diets, so it’s tough to avoid them on a typical Western diet.

As a memory expert, Dr. Sanders suggests a figurative trip to the Mediterranean instead. Studies show that a “Mediterranean” style of eating could help reduce the risk of cognitive decline and dementia.

“Pretty consistently, people who adhere to the Mediterranean diet have better cognitive function than those who don’t,” says Dr. Sanders.

The Mediterranean diet isn’t about calorie-counting, she adds. It’s simply a style of cooking, favoring ingredients like olive oil over Crisco, fish over beef, and beans or lentils over potatoes. Go to your favorite bookstore, and you can find Mediterranean-style cookbooks to suit your lifestyle, everything from slow-cookers to grilling.

As for the snack aisle and fast food meals, steer clear.

“You don’t have to give up convenience foods for the rest of your life,” says Dr. Sanders. “But it should be a rare treat. Think of the old expression: ‘What’s seldom is wonderful.’”

Since reviewing the results of the Brazilian study, she has replaced her go-to snack, pretzels, with cucumbers.

> Related: Fad Diets: The Way to Lose Weight, or a Bunch of Baloney? 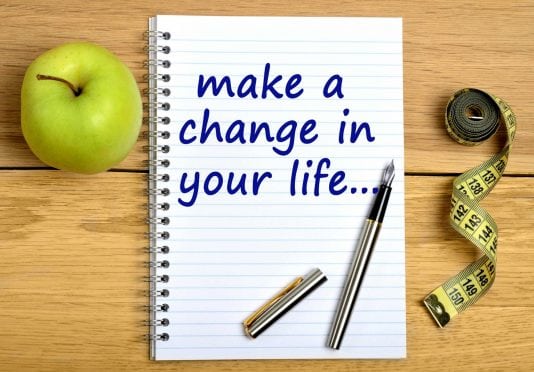 Am I eligible for weight loss surgery?

Hartford HealthCare Medical & Surgical Weight Loss takes a uniquely holistic approach to surgical weight loss. One that offers patients thorough care not just from physicians and surgeons, but also from a team of professionals looking out for your nutritional, physical and emotional well-being.