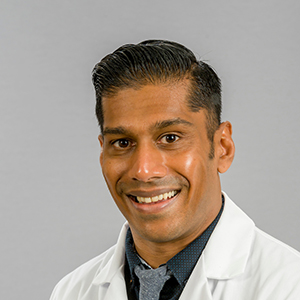 The boxing expression “The bigger they are, the harder they fall” has been around for more than a century, but an Institute of Living researcher was part of a team that discovered how significant brain changes and neuropsychiatric deficits differ based on weight class, too.

Dr. Bharat Narapareddy, a neuropsychiatrist at the IOL, part of the Hartford HealthCare Behavioral Health Network, and a black belt in Brazilian jiu-jitsu who still competes and coaches, is part of a collaborative research team that recently published “Effect of Weight Class on Regional Brain Volume, Cognition, and Other Neuropsychiatric Outcomes among Professional Fighters” in Neurotrauma Reports.

He began competing as a featherweight and lightweight in 2006, winning and placing in some of the sport’s largest competitions, including ones hosted by the International Brazilian Jiu-Jitsu Federation and North American Grappling Association. (Above, Dr. Narapareddy with a North American Grappling Association championship belt.) As such, he said the research was prompted by a desire to improve safety measures protecting athletes.

The most recent publication stems from a collaboration between “The Professional Fighters Brain Health Study” out of the Cleveland Clinic and Johns Hopkins University, where Dr. Narapareddy completed his residency. The goal is to better understand the effect repeated blows to the head have on brain structure and function over time.

“Our paper focused on the effects of weight class on brain volume and neuropsychiatric outcomes in boxers and MMA fighters,” said Dr. Narapareddy, adding they used data from the larger study which was started by Dr. Charles Bernick in 2011. “We found that weight class is really, really important. The heavier the fighter, the greater the yearly reductions in brain volume and functional performance, regardless of the number of fights or years of professional fighting.

“Because we controlled for number of fights and years of professional fighting, this suggests it’s not the high number of punches but the sheer force of the blows produced by heavier fighters.”

Interestingly, lightweight fighters suffered greater reductions on a per-fight basis. The researchers believe this change may be related to the practice of “weight cutting.” This is when fighters can trim a significant amount of weight before fights to compete at lower weight classes, a practice that may be more common among lighter weight fighters.

“We can start to see how that may have the potential to increase the susceptibility of a brain injury in lighter weight fighters with increasing numbers of official fights,” said Dr. Narapareddy.  “They work hard to make weight and give themselves an advantage strength-wise.”

Dr. Narapareddy added that while fighters rehydrate after weigh-ins, prior research shows that many remain dehydrated at the time of competition. Dehydration due to weight cutting can worsen any brain injuries they might sustain, potentially contributing to the association of lighter weight class and worse outcomes on a per-fight basis observed by researchers, he said.

“They’re losing water weight and almost passing out on the scale in some instances,” Dr. Narapareddy said. “When they’re taking repetitive impact during the fight, you have to wonder the role such dehydration plays.”

He plans to continue expanding these research efforts and recommending precautions against traumatic brain injury (TBI).

“The goal is to make it safer and give fighters and trainers the knowledge to move forward in both fights and practices,” he said.

He will also join the Sports Neurology Clinic at Hartford HealthCare, working with Medical Director Dr. Stephanie Alessi-Larosa to help athletes with TBI.

“We want to ensure as many neuropsychiatric services for these athletes as possible,” he said. “They often suffer from depression, anxiety and cognitive issues. The bigger problem is access and stigma – many athletes don’t want to reach out, so it’s important trainers know what to look for.”

For more information on help for TBI, visit the Brain Injury Association of Connecticut.