The COVID-19 pandemic shone a very bright spotlight on a problem public health officials identified long ago – barriers like distance, cost and past experience prevented many Black and Hispanic people from accessing quality healthcare.

That spotlight triggered action, which is now showing evidence that the access gap has not only narrowed, it has actually flipped in some cases. After posting a per capita death rate for Black Americans in 2020 that was almost twice as high as whites, statistics from the Centers for Disease Control and Prevention (CDC) now show the death rate for white Americans is 14 percent higher than for Blacks and 72 percent higher than Hispanics.

In addition, the vaccination rate is slightly higher in Black and Hispanic Americans than whites.

“The gap just kept narrowing as more and more people were getting vaccinated,” said Keith Grant, APRN, senior system director of infection prevention with Hartford HealthCare. “The shift is based on people being comfortable in the space where they get care, and an emphasis on trust.”

He stressed that the trend applies to a variety of people that had once been marginalized by the healthcare system. In addition to race, income and location has historically played important factors in determining who accesses care.

Sarah Lewis, vice president of health equity for Hartford HealthCare, said the system’s efforts to address the pandemic’s effect on all people in the area included community-based partnerships that brought the care into neighborhood churches, daycare centers, homeless shelters and barbershops.

The thought applied to testing that started in the earliest stages of the pandemic, and evolved to include the bringing vaccine to events, schools and other community locations.

“The numbers are bearing out that if society had these kind of supports in place before the pandemic, we would have done better,” Lewis said. “We’ve changed, and we’re way more committed to the needs of the people who traditionally live on the margin.”

In the process of breaching the gap, Grant said he saw a trust building in people who for various reasons did not naturally trust the healthcare system.

“People are coming out of these pockets now and accessing healthcare. The trust factor has been building over the past few years,” he said.

While the pandemic put efforts into overdrive, he added that Hartford HealthCare has been focusing on health equity “way before it was the cool thing to do.”

“The response during the pandemic increases the probability that these efforts will become permanent at Hartford HealthCare, although I’m not sure if that will be true across the country because it requires effort,” Grant said.

Lewis added that it’s “generational work” that must be done “over the long haul.”

“It’s not going to work if it’s a flash in the pan,” she said. “We’re planting seeds and may not reap the benefits for a long time, and that’s okay.”

In addition to seeing the benefits during the pandemic, Grant said the data collected on efforts to bring testing and vaccination to the masses can now be applied to the battle against other types of illness such as diabetes, maternal-child health and cardiovascular disease.

“The primary thing is outreach. Our equity teams collaborated to build and sustain the trust of the community and that can help us in other areas now,” he said. “The end point has been about increasing access. In the process, we’ve redefined the actual model of care and the gap between populations is closing.”

The end result, Lewis said, is a healthier community.

“An equity-based approach to public health makes everybody healthier,” she said. 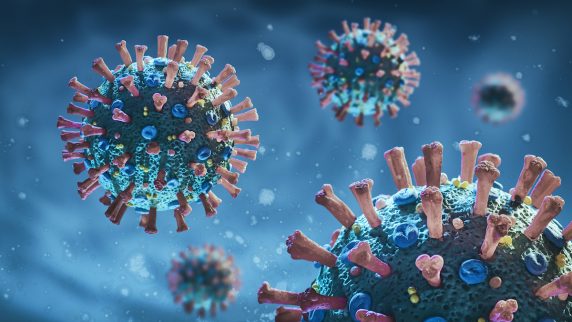 Learn more about COVID-19 from the experts at Hartford HealthCare