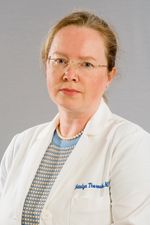 Do you ever wonder why you can’t stop tossing and turning on a hot summer night? According to a new study published in the journal One Earth, increases in nighttime temperatures have a harmful effect on sleep quality.

Over the span of six months, researchers linked data from accelerometer-based sleep tracking wristbands in over 47,000 people across 68 countries to global weather and climate measurements.

Here’s what they found:

“Thermal environment could affect sleep significantly,” said Natalya Thorevska, MD, FCCP, medical director at the Hartford Hospital Sleep Disorder Center. She added that humidity is another important factor that affects sleep. “Heat and high humidity have shown to delay sleep onset and may cause both early and nocturnal awakenings.”

Dr. Thorevska recommends the following for a better night’s sleep: