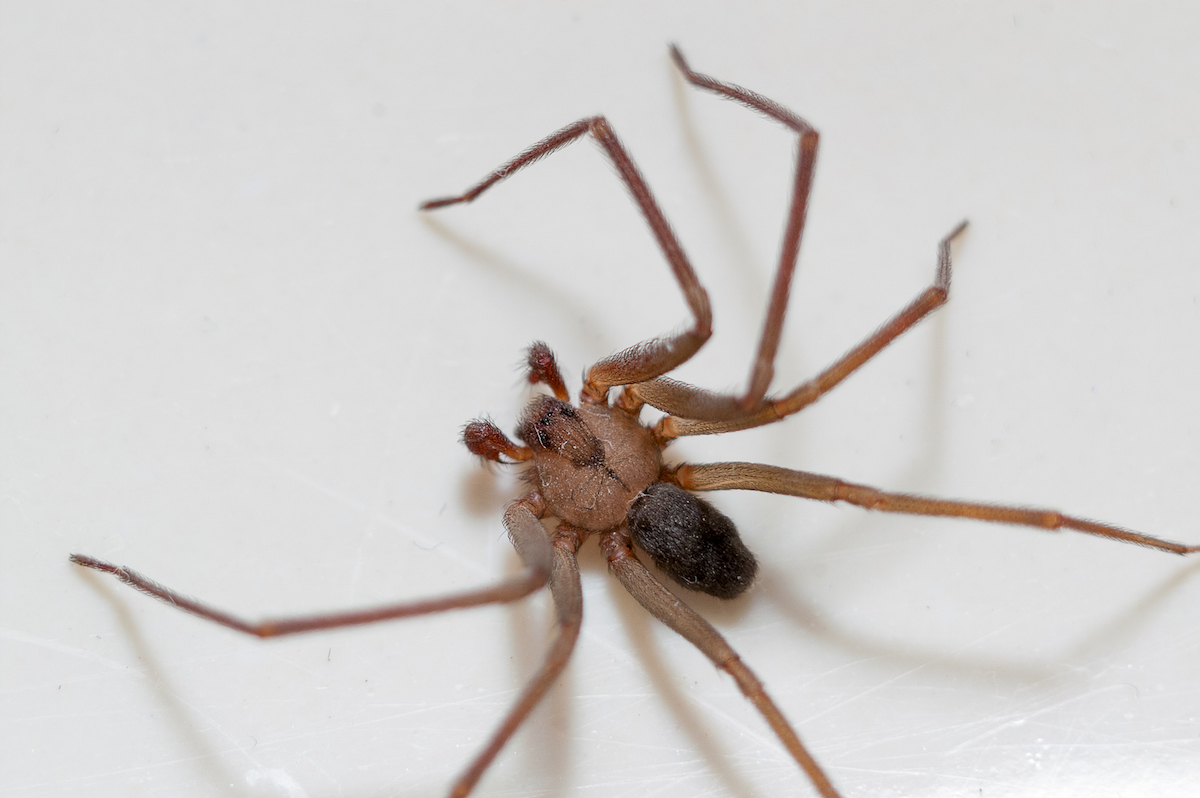 They are creepy, crawly creatures that come in many sizes and cause some people to shriek in fear. In fact, “Arachnophobia” was based on irrational reactions to spiders.

Although that movie takes things a bit too far, it is a fact that every spider is capable of biting, and almost all spider bites are venomous — no matter what their shape or size.

If you are bitten by a spider, use the same precautions you would with any bite. Immediately wash the area with soap and water. An ice pack can bring some relief when applied on and off for 10 minutes at a time.

In many cases, spiders are a good thing. They help control the number of other nuisance bugs. But in Connecticut, two varieties of spiders that should be of concern. Both the brown recluse spider (shown above) and the female black widow spider can be dangerous. Brown recluse spiders are not native to Connecticut, but are known to arrive in produce and containers from other regions. Like all spiders, they will avoid human interaction, but if acting in self-defense, may bite.

Brown recluse spider bites can cause a multitude of symptoms, such as sweating, fevers, chills, nausea, jaundice, seizure, and blistered skin with tissue damage. There is no anti-venom to treat these bites.

If bitten by a black widow spider, you can experience muscle cramps, abdominal pain, trouble breathing, sweating, headaches, nausea, seizures and anxiety. Anti-venom is available to reduce the symptoms.

In a severe case, a spider bite can cause necrosis, which is damage or death of the tissue. A form of wound care known as hyperbaric oxygen therapy is offered at advanced wound centers and can aid in the healing of recluse spider bites. During the procedure, patients rest in a chamber with greater-than-normal atmospheric pressure, breathing 100 percent oxygen, delivering high levels of healing oxygen to the body’s tissues.

Find the nearest Urgent Care Center to you.