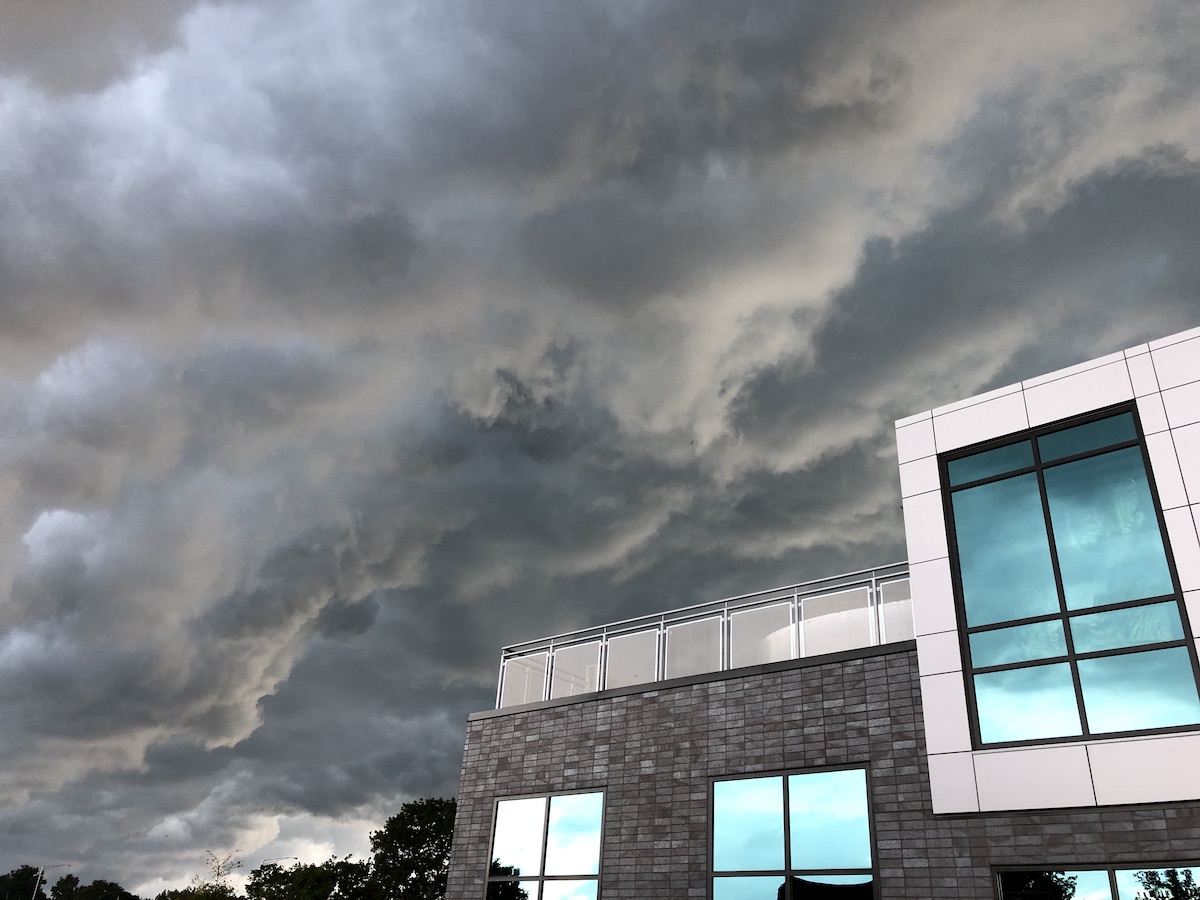 Using weather to gauge how you feel – a knee that stiffens on humid days, or a headache before a big storm – is not as off-base as some might believe.

New evidence out of the Olin Neuropsychiatry Research Center at the Institute of Living, part of the Hartford HealthCare Behavioral Health Network, gained international attention for pinpointing how air pressure shifts trigger changes in brain volume. Such changes can worsen symptoms of conditions like migraines, arthritis and multiple sclerosis (MS).

“On a stormy day or in the winter, the cerebellum is larger than normal, while the rest of the brain is smaller than normal. In summer, the opposite happen,” said Gregory Book, lead Olin researcher on the project.

His team compared more than 3,000 MRI scans and found distinct effects of weather on brain size. Until now, he said changes in brain volume were linked to hydration.

“The average effect is small, but it may mean some people are more susceptible to exacerbation of symptoms of certain disorders from weather or season,” Book said.

His interest in the subject was sparked by another study of 2,000 people showing that brain volume changes during the day,starting larger in the morning.

“I realized we had an even larger dataset and I could attempt to replicate the results,” he said. “But I thought about what would cause a change in volume during the day. So I expanded my analysis to include weather and season.”

His initial thought, he said, was that ambient humidity or temperature affected brain size, with smaller brain volumes on hot and dry days due to dehydration.

“We went further and used hourly weather reports to get a finer grained view of the associations,” he said.

Their findings – which included MRIs of healthy adults age 18 to 65 as controls – did not find brain volume changes based on time of the day, but did find a seasonal effect.

“Additionally, we found associations between barometric pressure and brain volume. Basically, when the weather is bad, such as during storms or winter, the cerebellum shrinks and the rest of the brain grows in volume,” Book said. “In summer and when there is high pressure, or nice days, the opposite happens. That’s what baffled us. We wondered why the cerebellum changes in an opposite direction from the rest of the brain.”

The effects were small and only evident when examining large numbers of MRIs. But Book suggested that if there is a biological component to symptoms worsening as a result of the weather, it could also mean some people are more susceptible to weather and seasonal changes.

Besides to physical conditions, Book said a subset analysis included about 2,000 people with various psychiatric disorders and their results were generally the same. (If you are having mental health or substance-abuse during COVID-19, call our Community Care Center hotline at 1.833.621.0600.)

More research is needed, he said.

“We only looked at the structure of the brain and plan to examine data of brain function next,” Book said. “There are various imaging methods we have collected in smaller subsets of this dataset that look at brain function.”