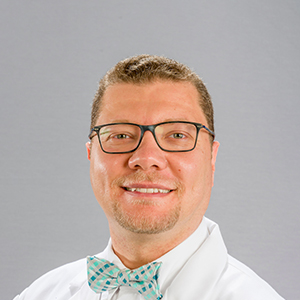 The toolbox of options for people with epilepsy expanded recently at Hartford HealthCare (HHC) with the launch of responsive neurostimulation (RNS) surgery to reduce or eliminate seizures.

Dr. Mohamad Khaled, a neurosurgeon with Hartford HealthCare’s Ayer Neuroscience Institute, performed the system’s first RNS surgery for epilepsy at Hartford Hospital this summer, implanting electrodes in a patient’s brain that will anticipate and stop seizures.

“The most exciting part is that once the device detects a seizure in the very early milliseconds, before the patient even realizes it’s coming, the device fires back and stops it,” Dr. Khaled said.

The patient, a 40-year-old mother, struggled with epilepsy for decades.

“It was affecting her ability to work and perform daily activities,” Dr. Khaled explained.

Her condition didn’t respond to other treatments, making it a form specialists call “refractory epilepsy.” RNS was approved by the Food and Drug Administration in 2014 specifically for patients with refractory epilepsy. Since, HHC expanded its Epilepsy Center to include the breadth of services required to use the technology, Dr. Khaled said.

This included building an epilepsy surgery program at Hartford Hospital; bringing on a fellowship-trained epilepsy surgeon in him; increasing the number of procedures; and creating an Epilepsy Monitoring Unit (EMU) for patient observation.

The RNS pre-surgical workup takes up to a year, including a two-week stay in the EMU to monitor brain activity through 15 or so electrodes implanted to determine the precise area of the brain involved in the patient’s seizures, Dr. Khaled said.

“We need to determine the exact area so we can safely resect that area of the brain without causing a deficit,” he said. “The best case scenario is resection, essentially a cure.”

Other possible outcomes, however, include the inability to determine seizure location, in which case deep brain stimulation is an option, or seizures that spring from parts of the brain controlling vision, movement or speech, which cannot be resected, Dr. Khaled said.

His first RNS patient was implanted with two electrodes connected by tunnel wires under the scalp to a device implanted in her skull. That device will also help inform future care for epilepsy patients as it collects data the patient downloads with a special wand each night.

“The data is being used to create a worldwide database that will help us determine which patterns of stimulation work best to stop the seizures for each type of different seizure location and electrical activity,” Dr. Khaled said, adding that personal data allows physicians to adjust a patient’s medication or treatment as needed.

The introduction of RNS completed the HHC epilepsy toolbox, he added, saying research is the next step for the team.

“Now that we have all the tools in our possession, it’s time to change the mindset to innovating new ways to treat epilepsy,” he noted.

For more information on treatment for epilepsy at Hartford HealthCare, go to www.hartfordhealthcare.org/epilepsy.