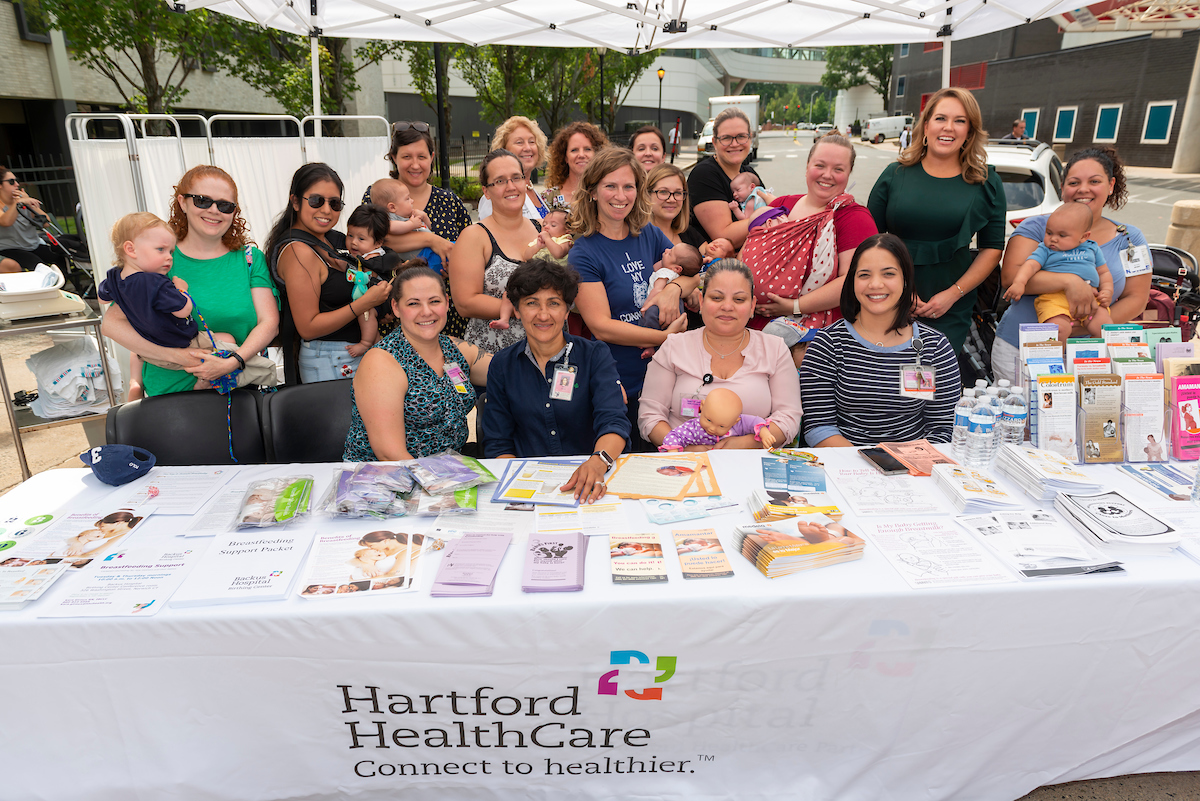 Kim McIntosh knew her son, Teddy, was going to be born a little early, and while she planned to seek help from a lactation support group, a chance meeting with a Hartford Hospital lactation consultant created a relationship that helped her achieve her goal of breastfeeding her son.

McIntosh was a featured speaker Wednesday at Hartford Hospital, where an event was held to commemorate and close World Breastfeeding Week. This year’s theme was “Empower Parents, Enable Breastfeeding.” McIntosh told the crowd about her personal journey of empowerment, which so far has allowed her to supply Teddy with breast milk for “one year, one week, and one day.”

McIntosh knew she’d face challenges producing milk. She eventually faced several barriers after Teddy’s birth, including time in the neonatal intensive care unit after a caesarian section, and bouts with tongue-tie, a common condition that makes breastfeeding difficult. It seemed like a lot was working against her.

“I remember pumping and looking in the bottles and saying, ‘there’s nothing in there,’ and the labor and delivery nurse said, ‘oh, no, there’s a drop in there,’” McIntosh told the crowd.

The nurse, McIntosh said, took out a syringe and collected that drop. Slowly, there were millimeters, then a few ounces each day, and eventually latching, breastfeeding and some pumping.

“I have Mary to thank for that, because she helped me when I wanted to continue but I had a limit to how much I could do before I just had that mental breakdown and couldn’t do it at all,” McIntosh said.

Wednesday’s event featured tables with information about breastfeeding. Members of the hospital’s breastfeeding support group were there. Some mothers weighed their babies.

Marshall-Crim hailed the event as an opportunity to celebrate not only the hospital’s success in promoting breastfeeding, but also the families that have sought and received support.

Heidi Voight, a new mom to prematurely born twin girls and an NBC30 journalist, talked about her breastfeeding experience and said she was lucky to have not only great medical support, but also support from her employer.

“I use the word ‘lucky’ a lot to explain my gratitude for all this, but no one should have to be lucky to get that level of support,” Voight said. “It should just be ‘the way it is’ for every single mom.”

McIntosh, “one year, one week, and one day” into her breastfeeding journey, said she will continue to supply Teddy with breast milk as long as possible.