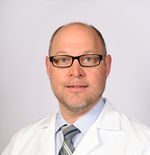 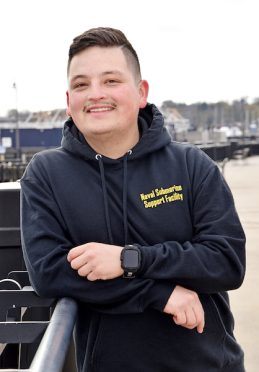 He hadn’t suffered an injury – one day his back just started hurting. He saw doctors and physical therapists in Washington State where he was stationed with the U.S. Navy. Nothing helped.

> Connect with a spine wellness specialist

An MRI and diagnosis

When he was transferred to the Submarine Base in Groton in 2020, his pain was so bad that Navy doctors sent him for an MRI. The scan showed his L5S1 disc in his lower back was degenerating.

The first neurosurgeon he saw recommended fusion surgery, which permanently connects vertebrae in the spine.

But Solis is only 28 years old and leads an active life. He worried about the effects fusion would have on him as he aged.

> Related: 6 Common Causes of Lower Back Pain and Ways to Treat it Without Surgery

Mark Hornyak, MD, a neurosurgeon with the Ayer Neuroscience Institute at Backus Hospital, has been waiting since he started practicing here in early 2019 for the right patient to come along to perform a disc replacement.

“I offer non-fusion alternatives,” Dr. Hornyak said of his practice. “Robert is young, active, he just needed the degenerated disc removed and to be able to maintain a normal range of motion. He was the perfect candidate for this procedure.”

> Related: Pain in the Neck or Back? It Could Be a Herniated Disc

From disc replacement to recovery

Dr. Hornyak performed an anterior lumbar total disc replacement surgery on April 26 with the help of Edward Gifford, MD, a vascular surgeon with the Heart & Vascular Institute at Backus Hospital.

“As vascular surgeons, providing a safe pathway for other specialists to render the best care is a big part of our job. We are there to facilitate and make the surgery go as safely as possible,” said Dr. Gifford, who collaborates with neuro or orthopedic surgeons at least once a month.

Solis discharged the day after his surgery and two days after that he was strolling through Times Square in New York City with his parents and grandfather. 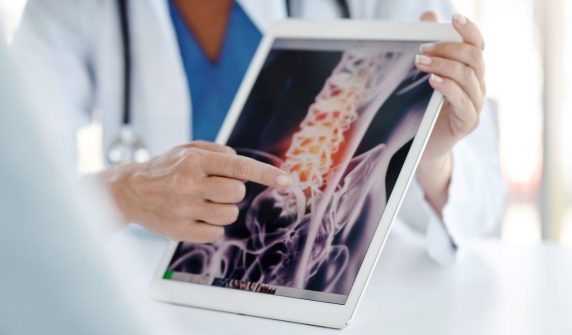 Connect with a spine wellness specialist

The Ayer Neuroscience Institute has simplified our approach to complex spine care, with a team of experts leading the way.