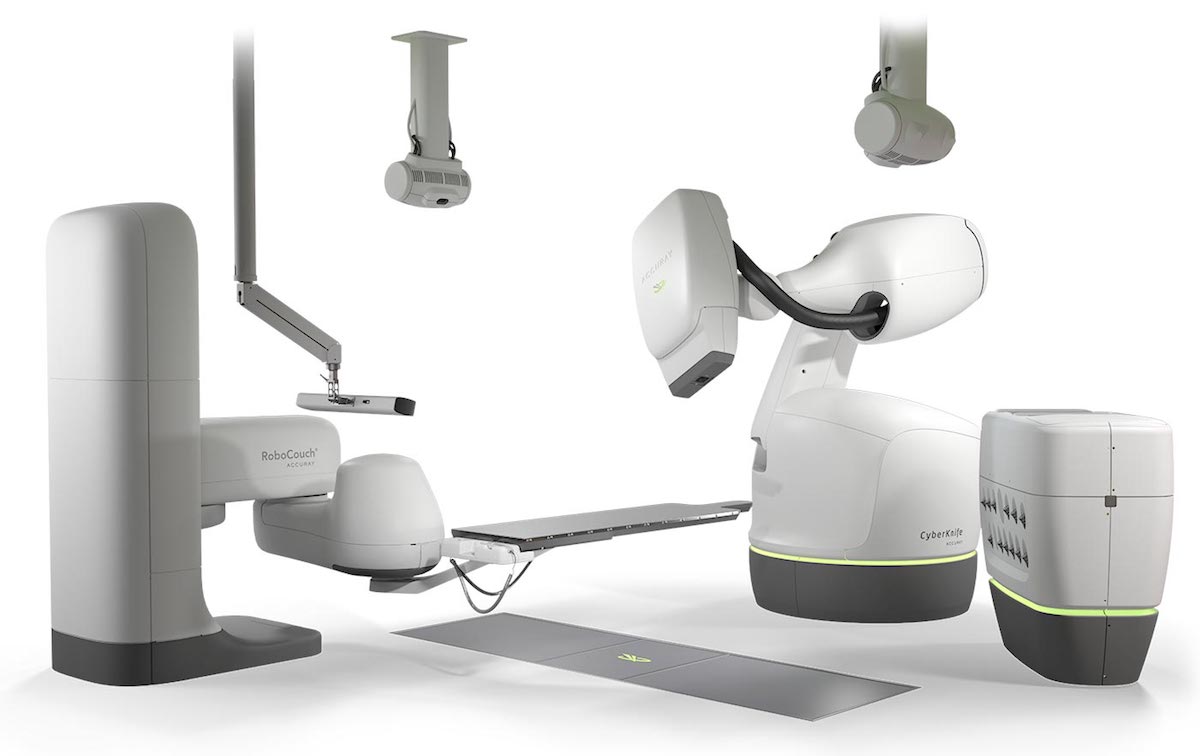 Cancer therapy continues to evolve and advance over time, with immunotherapy, molecularly targeted drugs and new generations of hormone-mediated treatments leading to improvements in survival and quality of life.

Despite these improvements, roughly 30 percent of patients with advanced cancer develop metastases to their brain, and a substantial proportion develop spinal metastases. Both disease brain and spinal metastases historically have required radiotherapy as a centerpiece of management.

This is because of the blood brain barrier, which shields tissues within the central nervous system from typical chemotherapeutics, as well as the difficulty in surgically removing tumors in eloquent parts of the central nervous system. And while radiotherapy has been, and continues to be, an effective tool in treating these diseases, historical techniques have significant side effects.

Here are some recent advancements in the managing central nervous system metastases with radiotherapy:

Stereotactic radiosurgery for brain metastases can be delivered by several types of machines, including linear accelerators with modifications to aid in stereotaxis, Gamma Knife and CyberKnife (shown above). Depending upon the treatment platform,  stereotactic radiosurgery requires a simulation (or planning session) followed by one to five outpatient appointments for treatment, with limited downtime for patients.

At Hartford Hospital, we recently rolled out the Brainlab Elements Multiple Brain Metastases treatment platform, which allows for the simultaneous delivery of stereotactic radiosurgery  to numerous metastases, further streamlining and improving patients’ experiences. Though not the topic of this article, stereotactic radiosurgery is also employed for benign tumors such as meningiomas, retreatment for recurrent gliomas (such as glioblastoma) and other conditions such as trigeminal neuralgia.

Buried deep within the temporal lobe is a long, thin structure called the hippocampus. You probably never knew you had one and certainly didn’t appreciate it as much as you should have, but the hippocampus (or hippocampi, because we have two) is central to your ability to making new short term memories.

In those patients with brain metastases too advanced to safely be treated with stereotactic radiosurgery, a new tool called hippocampal avoidance mitigates the risk of neurocognitive problems after whole brain radiotherapy. This treatment approach uses advanced radiation planning techniques to spare a small region of the temporal lobes housing the hippocampi, while still treating the rest of the brain comprehensively.

This has been shown in randomized trials to lower the risk and severity of short term memory loss after whole brain radiotherapy. We also routinely prescribe a repurposed Alzheimer’s medication called Memantine, which has also been shown in trials to lower the severity of memory issues after whole brain radiotherapy. These same tools are used in the design of radiotherapy for other brain tumors, such as gliomas and large meningiomas.

As noted above, patients with metastatic cancers frequently develop metastases to the bone of the back, or vertebrae in medicalese. This can lead not only to pain and reduced mobility, but in severe cases can also cause injury to the adjacent spinal cord.

Our vertebrae are very complex bones with portions that shoulder the weight of the portions of our body above the bone, and other parts that form a canal through which the spinal cord passes and onto which our muscles attach. A standby treatment for vertebral metastases remains conventionally designed and delivered palliative radiotherapy. This treatment is quick, readily available, and relatively low risk in many cases.

But in patients with cancers that regrow despite prior conventional palliative radiotherapy and patients with a limited burden of metastatic disease, spine stereotactic radiosurgery is a useful tool. Similar to stereotactic radiosurgery  in the brain, this treatment requires advanced imaging such as MRI to design treatment, and rigid immobilization plus detailed pre-treatment imaging to safely deliver ablative radiation doses within millimeters of the spinal cord.

Though certainly associated with some added risks, this treatment can control vertebral metastases for longer than conventional radiotherapy. At Hartford Hospital, spine stereotactic radiosurgery is employed by a specialized team of radiation oncologists, radiation physicists and highly trained technicians, and in some cases in conjunction with other procedures performed by interventional radiology and/or neurosurgery. A Spine Team of these specialists provides collaborative management of patients with spinal metastasis and develops a personalized plan of therapy for each patient.

Though advanced cancers still frequently impact the central nervous system, the tools available to radiation oncologists continue to improve. In turn, this helps to preserve quality of life for patients so that they can keep living life to its fullest potential. The entire team in the Department of Radiation Oncology at the Helen & Harry Gray Cancer Center at Hartford Hospital stands ready to employ its expertise in this fight.