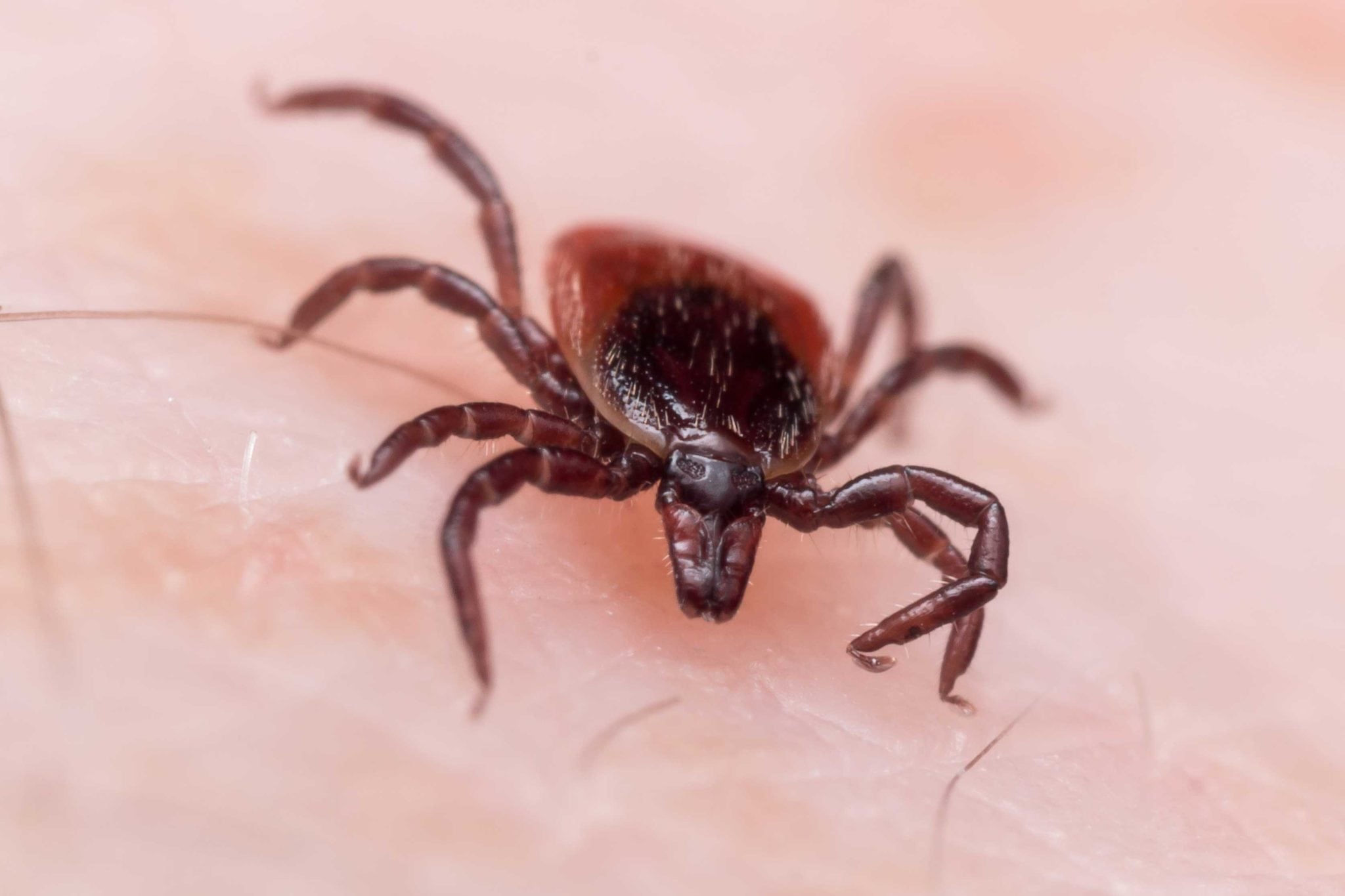 It’s almost payback time after one of the warmest winters on record. Reader alert: This is not a warning about another sinus-choking allergy season. In Connecticut, there’s even greater alarm about the potential of a bountiful tick season and the associated risk of Lyme disease.

Already, the Connecticut Agricultural Experiment Station’s tick-testing laboratory has received many more ticks than usual at its facility in New Haven. Dr. Goudarz Molaei, who direccts the state’s tick-testing program, told the Health News Hub that the lab received 65 ticks Monday, pushing the total for the first nine days of March to 138. Last March, the lab received 32 ticks in the entire month. The figures for March 2015 (2) and 2014 (15) were even lower.

“The number we are seeing is usually the kind of number we see in June or July in the peak season,” says Molaei. “This is highly unusual. We can’t understand why we’re getting so many.”

Of the 138 ticks tested, says Molaei, close to half tested positive for the Lyme disease agent. In past years, the infection rate has been 28 percent to 32 percent.

“The infection rate is even more troubling,” says Molaei.

The Centers for Disease Control and Prevention says Lyme disease cases have tripled in the past few decades, with an estimated 300,000 new cases each year. Its origins, as the disease name suggests, include a part of Lyme, where in 1975 several people reported unusual arthritic symptoms. Two years later, the first 51 cases of Lyme arthritis were reported. Symptoms of Lyme disease, which became a reportable disease in 1987, may appear flu-like initially, with fever, chills, fatigue, sweats and nausea accompanied by muscle aches and joint pain. The CDC says up to 80 percent of  patients have a bull’s-eye rash.

Tick-testing results in Connecticut for 2016, released in February by the Connecticut Agricultural Experiment Station, included a total of 3,321 ticks submitted by residents, health departments and physicians’ offices for identification. Of these ticks, the 2,235 that were feeding on humans were tested for the organism that causes Lyme disease, Borrelia burgdorferi. (Ticks that have not ingested blood are not  tested because it’s unlikely they will transmit the disease.) The results: 630, or 28.8 percent, tested positive.

Most of the ticks submitted were the blacklegged tick, more commonly known for its carrier, the deer:

The number of deer ticks identified (2,817) and tested (2,450) were actually down from 2015 (3,084 and 2,450). Positive tests were also down, with 628 (29 percent) in 2016 and 773 (32 percent) in 2015. A burgeoning mice population in the Northeast also could contribute to an increase in Lyme disease cases this year. Mice, apparently oblivious to a tick’s presence, are considered close to ideal carriers of Lyme disease. It’s estimated mice with Borrelia burgdorferi infect 95 percent of the ticks that feed on them.

“We predict not only having a high abundance of ticks coming into our lab,” says Molaei, “but also a greater prevalence of infection.”

To submit a tick for testing, contact your local health department visit or visit the DPH’s resource page by clicking here.

What it takes to get infected: It’s not so much a tick bite as a long-term tick residency on your skin. An infected tick attached to your skin for less than 36 to 48 hours is unlikely to transmit Lyme disease. Surprised? Your  mother was right: “Check yourself for ticks!”

What to look for: A rash that appears from three to 30 days after the bite, expanding up to 12 inches. It may or may not develop into a bull’s-eye pattern. But be careful: Up to 30 percent of people infected with Lyme disease do not get a rash. Other symptoms might resemble the flu: Fever, chills, headache and body aches. Check with your doctor as soon as possible.

Testing: A two-step laboratory blood test checks for signs of antibodies against Lyme disease bacteria. The first step, enzyme immunoassay (EIA), determines if the second step, immunoblot (or Western blot), is required. Both results must be positive for  a Lyme disease diagnosis.

Prevention: Wear long pants, long sleeves and light-colored clothing, which makes it easier to detect ticks. Spray exposed skin with a repellant that contains up to 30 percent DEET. A permethrin (0.5 percent) spray works best on clothing, shoes, sneakers and other gear.

How to remove a tick: The CDC recommends fine-tipped tweezers.