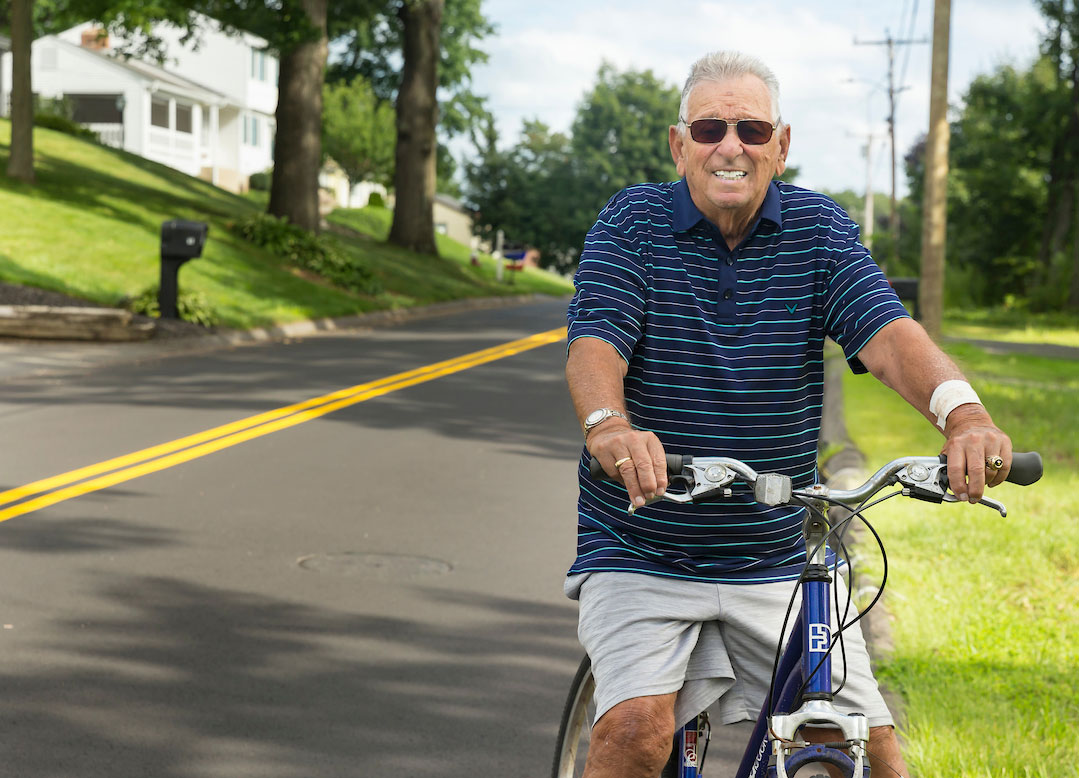 Unfortunately, he’s since learned it can also stand for “abdominal aortic aneurysm,” or a bulge in the abdominal segment of the aorta, the body’s main artery. More common in men, AAA is connected with high blood pressure, smoking and advanced age, and can go undetected for years, growing until it gets so big it can rupture, often leading to death.

Fortunately, when his AAA ruptured, Nobile found his way to Hartford Hospital, where the Hartford HealthCare Heart & Vascular Institute team is one of the most progressive in the region when it comes to treating and repairing such aneurysms.

It started with an oversized bowl of ice cream that the retired business owner and real estate agent thought was causing abdominal distress.

“I had real pain in my side, pain like nothing else I’ve ever had,” the Cromwell resident says. “I told my wife to call my nephew who just had kidney stones because I thought it was that. Before she could, though, I said, ‘Forget it, call the rescue!’”

As his pain increased, Nobile was taken to the hospital, where doctors, too, initially thought he was suffering with kidney stones. When they instead discovered a ruptured aneurysm, or AAA, they transferred him to Hartford Hospital for more advanced care.

It was also where, as he was being prepped for surgery, he was given sobering details about his condition.

“I was told that ruptured aortic aneurysm has over 80 percent mortality rate. “Then, my wife, three sons and daughter were told if I survived, I might be on dialysis or paralyzed for the rest of my life,” he says. “That was a lot for all of us.”

“We call aneurysms ‘silent killers’ because they expand silently over years, typically without causing any symptoms, until they rupture. And at that point, as many as 90 percent of people will not survive,” Dr. Jain says.

When Nobile awoke later, he remembers little but asking the doctor, “How’d the Cubs do today?”

“I didn’t remember too much, but my recuperation went really quick. In two to three weeks, I was doing much better,” he says.

Slowly, he returned to his beloved bicycle and has worked his way back up to 45-minute rides around town almost every day.

“I coached football for the last 20 years,” he says. “I’m used to being active. But, I couldn’t do it without Dr. Jain and Hartford Hospital. The treatment and care I received there is just beyond reproach.”