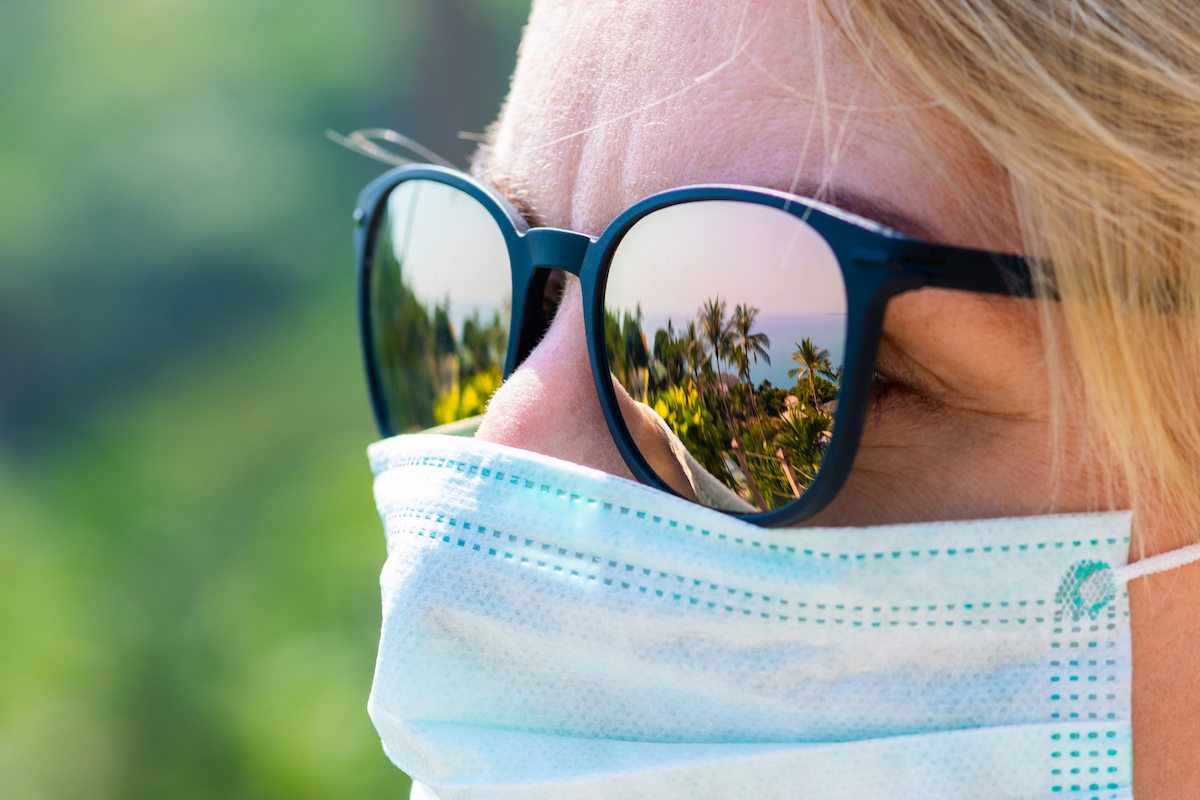 COVID-19 has become one of the most powerful forces on Earth in the past year, but new research associates lower death rates in areas of the country with an even more powerful force.

Regions of the United States with the most sunshine had lower COVD-19 death rates, according to an observational study at the University of Edinburgh that compared all recorded deaths from January-April 2020 with ultraviolet levels for 2,474 counties. Areas with the highest levels of exposure to Ultraviolet A (UVA) rays, which account for about 95 percent of the sun’s UV light, also had a lower risk of dying from COVID-19 than those living in areas with the lowest levels of UVA exposure. The researches also found similar results in England and Italy.

After averaging the three studies, the researchers said the odds of dying from COVID-19 dropped by about one-third for every increase of 100 kilojoules per square meter (a measure of solar radiation). The study was published last week in the British Journal of Dermatology.

Some studies, most recently at the University of Chicago Medicine, have linked vitamin D levels to lower risk of COVD-19 infection, particularly among Black people. (When exposed to sunshine, human skin produces vitamin D from cholesterol.) This study, published last month in the JAMA Open Network, was inspired by a 2020 article about people with vitamin D deficiency who took supplements had significantly lower rates of viral infection than those who did not receive supplements.

The University of Edinburgh study, however, discounts any link to vitamin D because it only included areas with inadequate levels of Ultraviolet B (UVB) to produce much vitamin D in the body.

The researchers say it’s possible sun exposure also releases nitric oxide, which some laboratory studies have shown can make it more difficult for a new COVID-19 infection to replicate and spread.

UV rays also produce much less serious effects, such as sunburn, premature aging of the skin and cancer. Always use sunscreen whenever you expect to spend extended time in the sun, especially during the summer months.

“What we do know is that exposure to UV radiation from the sun increases your risk of skin cancer,” says Dr. MariMeg Clairwood, a
Hartford HealthCare Medical Group dermatologist. “If you are concerned about sunscreen safety, I recommend selecting a physical (active ingredients that sit on top of the skin) or mineral-based formula containing zinc oxide and titanium dioxide. These are chemically inert, nontoxic ingredients that work by physically deflecting UV rays. Another benefit to physical sunscreens is that they are broad spectrum.”