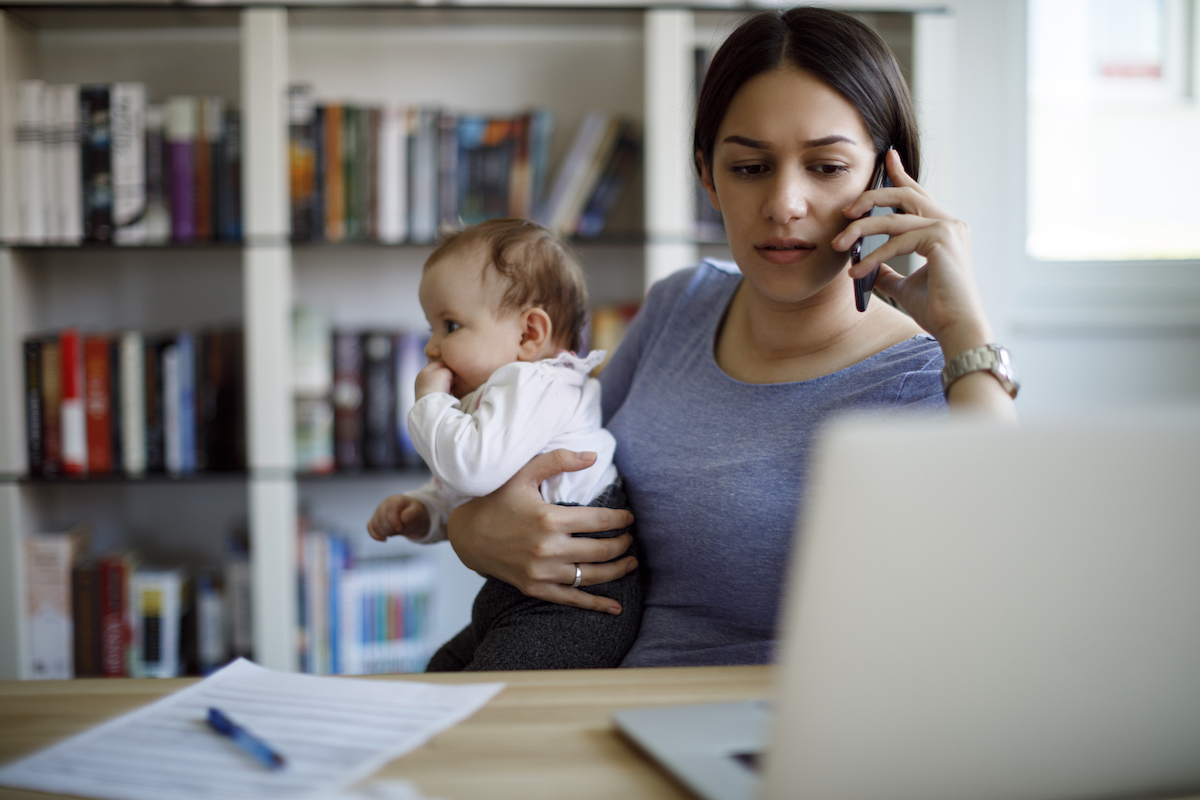 If a cold or bug set in two years ago, you probably would have let your boss know you were too sick to work and stayed home on the couch binging Netflix and dozing.

These days, you’re more likely to drag yourself to the computer for virtual meetings – camera off, of course! – or down some cold medication to head into work because you don’t want to let your colleagues down. It’s called “sick day guilt” and it affects people in all positions.

Hillary Landry, Hartford HealthCare’s Well-Being Manager, said she recently felt the guilt she described as self-imposed. When her toddler was sick, she took a day off to care for her. When she contracted the same, however, she didn’t take a second day out to rest.

“I felt like I didn’t deserve to take a day off to take care of me so I worked, which was not modeling well-being!” said Landry. “We have expectations in our head that we should push through.”

She recalled attending a two-hour virtual training the day she was sick, spending much of it blowing her nose off-camera.

“The virtual component enables us to work from home more easily when we’re sick, but that doesn’t mean we should,” said Landry. “When you’re sick, you can’t be engaged to your full capacity.”

Caregivers often work through their own aches and pains, or feel they need to be stronger and tougher than the illness. Landry noted that while she took a day off to care for her child when she was sick — and wouldn’t hesitate to take off to care for any loved one — she didn’t do the same for herself.

“I prioritized the care of someone else before the care of myself, which is probably something a lot of healthcare workers do,” she said.

According to research by MDLIVE, the impact is keener for people working remotely, 51 percent of whom reported worrying about taking a sick day versus one third of those who work in person.

“We need to be courageous and vulnerable enough to call out sick,” Landry said. “If you drag yourself onto a Zoom meeting instead of resting, ask yourself if you would have attended the meeting in person. If not, you shouldn’t be working virtually either.”

Sickness, she said, should not be viewed as weakness, but a chance to care for yourself.

“We need to reframe sickness as self-care that allows us to do our jobs better and care for others,” she said. “What if you go to work sick and get others sick? It then becomes a bigger problem. We need to exercise shared responsibility and respect.”

When in doubt, Landry suggested thinking how you’d advise a colleague or friend who was physically sick or mentally drained.

“Look in the mirror and be accountable,” she said. “Take the self-care day if you need it.”