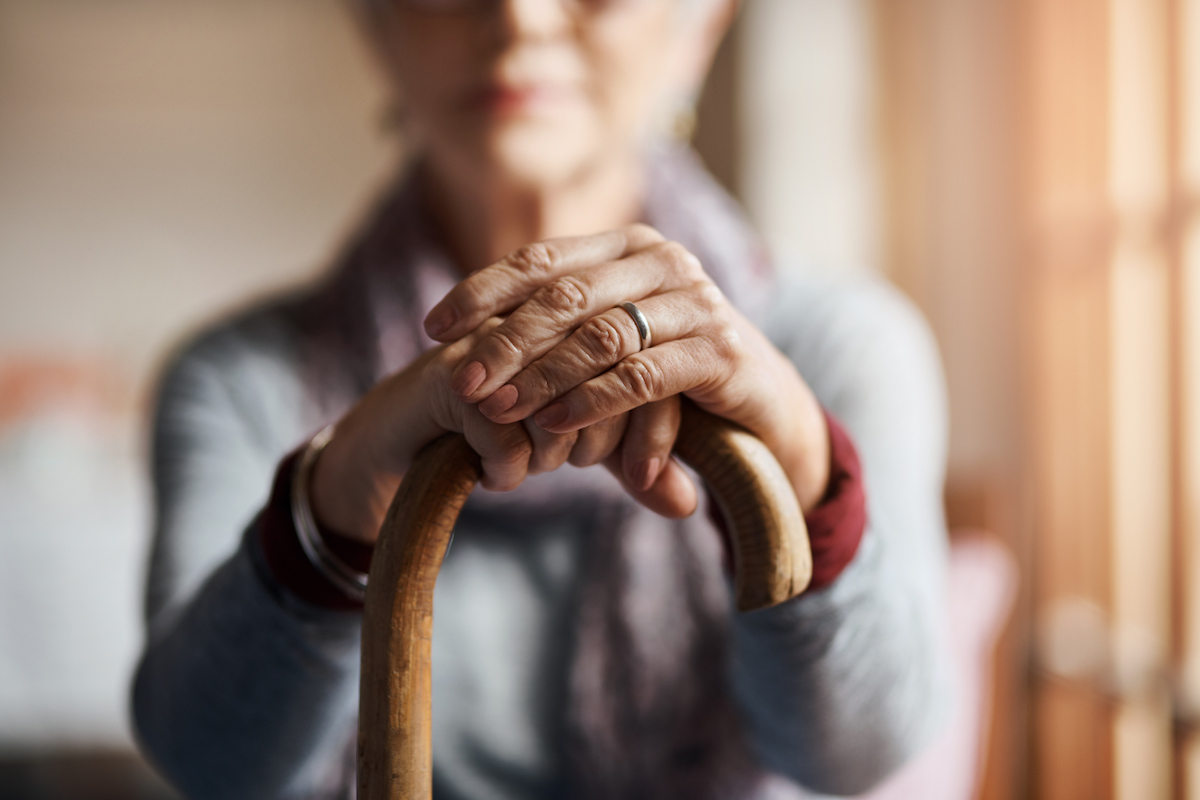 Back in June, Mrs. Y was loving her usual life. She was traveling with her husband, visiting with her children and grandchildren, being her normal, active 76-year-old self. Then someone mentioned to her that her eyes looked yellow, and her skin had an unhealthy tint.

(We are not using Mrs. Y’s name in this article at her request to protect her privacy.)

Visits to her primary care doctor and routine blood work didn’t show any abnormalities, but a CT scan at Hartford Hospital revealed a tumor on her pancreas. Multiple endoscopies later, it was determined to be Stage 1 cancer.

“I had no symptoms,” Mrs. Y said. “I wasn’t tired, I wasn’t losing weight, I was living my busy life. It’s a miracle they discovered it. And then I was lucky enough to get Dr. Curtis.”

Dr. David Curtis, a surgical oncologist with Hartford HealthCare’s Cancer Institute, told Mrs. Y that because of the location of her tumor, he would perform a Whipple. A Whipple procedure — also known as a pancreaticoduodenectomy — is a complex operation to remove the head of the pancreas, the first part of the small intestine (duodenum), the gallbladder and the bile duct.

The Whipple procedure is the surgery used most often to treat pancreatic cancer that’s confined to the head of the pancreas. Technically a difficult operation, it often involves open surgery. The good news, Curtis told her, is that her surgery would be robotic, which would make it less invasive.

Twenty-four hours after her eight-hour procedure, Mrs. Y was walking with assistance. Within three days she was eating food. Her pain was managed. She was discharged after seven days, and driving within two weeks after that. “I got to return to my life,” she said.

“I’m a very lucky woman,” Mrs. Y said. “From my care all along to my surgery, to my treatment now. I’m excited I have the chance to have several more years of my happy life.”