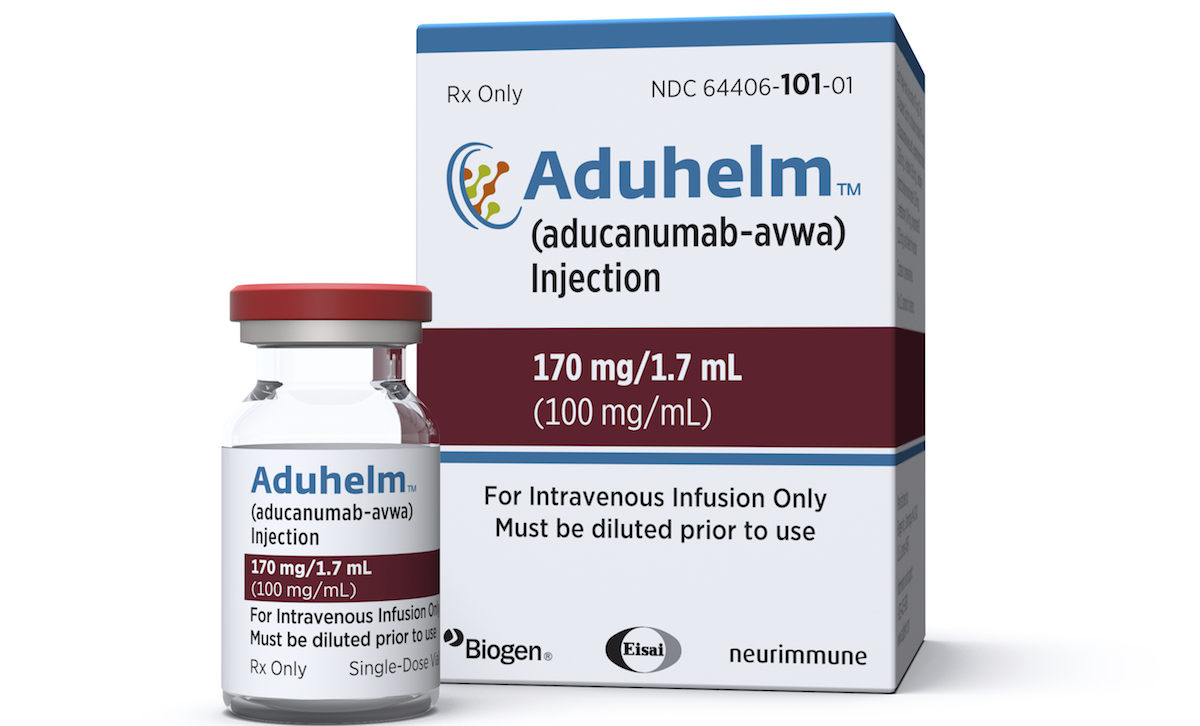 For the first time since 2003, the Food & Drug Administration (FDA) has approved a new drug for Alzheimer’s disease. But the approval process has left some doctors unsure if it is actually positive news.

“This was a highly controversial decision and the controversy continues. Three members have resigned from the FDA’s nine-member Peripheral and Central Nervous System Drugs Advisory Committee in protest over the approval,” said Dr. Amy Sanders, director of the Memory Care Center with Hartford HealthCare’s Ayer Neuroscience Institute, who added that the Alzheimer’s Association considers the drug, Aduhelm (adacanumab), to be a “milestone in the treatment of Alzheimer’s disease.”

The FDA, in fact, amended its recommendation of the drug July 8 to include only patients with mild memory or thinking problems. The move could reduce the number of eligible patients and restrict coverage by Medicare and private insurers. Biogen, Aduhelm’s manufacturer, charges $56,000 for a single year of the drug.

The issue, Dr. Sanders said, is general disagreement over the effectiveness of the drug, a monoclonal antibody that targets amyloid plaques, a pathological hallmark of Alzheimer’s. Aduhelm was approved under an “accelerated approval” pathway that allows approval of drugs for serious diseases that have unmet needs. Approval can be granted based on the drug’s effect on a surrogate or intermediate clinical outcome. For Aduhelm, that surrogate endpoint is amyloid plaque.

Two studies into the drug’s effectiveness were stopped after disappointing results. Biogen, the drug’s maker, later revisited the “futility” decision to stop the trials, noting that it was wrong and pointing to individuals in one trial that showed positive results on a high dose.

“At present, I don’t know if this drug is effective, if by effective we mean that patients with Alzheimer’s disease get better in noticeable ways,” Dr. Sanders said. “The information from the clinical trials is part of the basis of the controversy. The FDA decision requires the drug’s makers to conduct a post-marketing trial as a requirement of the conditional approval.”

Adacanumab targets amyloid protein, which everyone has in their brains. In people with Alzheimer’s disease, abnormal processing of a precursor protein creates a toxic version of the protein called beta-amyloid 42, she said. Beta-amyloid 42 fibrils are “stickier” than the normal amyloid made by the brain.

“The fibrils then clump together and eventually form plaques between brain cells, disrupting cellular function. All patients with Alzheimer’s disease have these amyloid plaques, by definition,” Dr. Sanders said.

Aduhelm targets these plaques for breakdown in monthly infusion, working to slow the progression of Alzheimer’s by reducing the level of harmful plaque in the brain. Side effects, Dr. Sanders noted, include amyloid-related imaging abnormalities (ARIA) such as brain swelling and/or brain bleeding.

“During clinical trials, participants had numerous surveillance MRIs to monitor for ARIA. The Aduhelm label calls for a brain MRI within the year before starting the medication and follow-up MRIs at least before the seventh and 12th infusions,” she said. “In addition, ‘serious allergic reactions’ have been reported, as have headache and falls.”

Uncertain if she would prescribe the new drug for her patients, citing pricing and insurance coverage concerns, Dr. Sanders said it was tested in clinical trials with people having excess amyloid in their brains as determined by spinal tap or amyloid PET scan.

Even with her concerns, Dr. Sanders indicated adacanumab is a step toward progress against Alzheimer’s disease, although not likely “the” step leading to a cure.

“Adacanumab is a monoclonal antibody expected to reduce the amount of plaque in the brains of patients with Alzheimer’s,” she said. “It does not prevent plaque formation. It remains to be seen whether, and in what ways, patients receiving the drug will benefit.”

This story was updated July 8.

For more information or help with Alzheimer’s, click here.