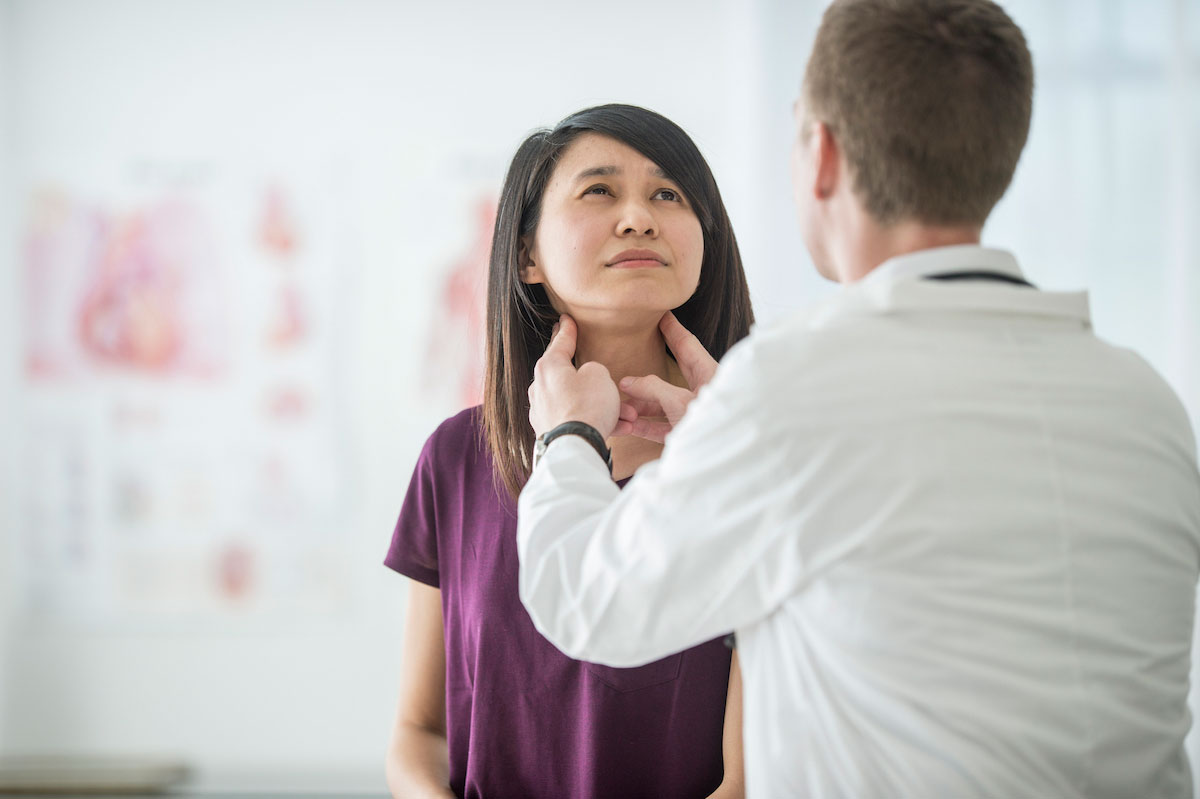 Options have been expanding for people diagnosed with thyroid cancer and now include observational approaches that in certain cases can avoid surgery forever.

Dr. Glenda Callender, a fellowship-trained endocrine surgeon with the Hartford HealthCare Cancer Institute, said there was originally one approach for treating cancer in the small gland located in the neck: surgery to remove the entire gland and adjacent lymph nodes.

“That’s aggressive and, while we still do that when necessary, the way we treat thyroid cancer has changed dramatically,” she noted.

Cancer in the thyroid, which produces a hormone controlling metabolism and how the body uses energy, is usually slow-growing so providers now often opt to either remove only the part of the thyroid containing the cancerous growth or nothing at all, depending on the tumor’s size and location.

About 44,000 new cases of thyroid cancer are diagnosed in the United States each year, causing about 2,200 deaths. The disease is typically discovered on tests for other medical concerns, such as CT scans of the chest or ultrasounds of the carotid artery.

A study in Japan — where many people were affected by World War II radiation exposure, a known cause of thyroid cancer – examined the benefit of observing smaller tumors over time.

“They watched people for more than 30 years. In two thirds of the people, there was no growth or change in the tumor in that time. In one third, the tumor grew, they had surgery and they were fine,” Dr. Callender explained, marking Thyroid Cancer Awareness Month.

Another study a Memorial Sloan Kettering Cancer Center looked at the results when just half of the gland was removed. The majority of participants were fine and many didn’t even require thyroid hormone after surgery, she added.

“We now have specific protocols for people with thyroid cancer,” she continued. “Based on the location and size of the tumor, we offer full removal of the gland, partial removal or observation.”

Surgery is done through a small incision in the patient’s neck, a scar Dr. Callender said eventually blends with natural folds.

“There are now options, which is always nice. Of course, if the tumor is large and involves lymph nodes, the only option is surgery to remove the entire gland and surrounding lymph nodes,” she said.

“It’s often not something you can feel in your neck,” Dr. Callender said, adding that more than half of women have a nodule in their thyroid by age 50. “It’s typically found when someone goes for other studies.”

Although there is no known way to prevent thyroid cancer, Dr. Callender said there are risk factors people can note, including a family history of thyroid cancer, radiation exposure to the head and neck and certain hereditary syndromes. Three times as many women are affected by thyroid cancer than men.

For more information on thyroid cancer, go to www.hartfordhealthcare.org/cancer.