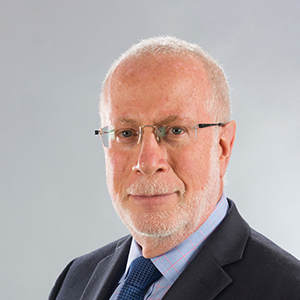 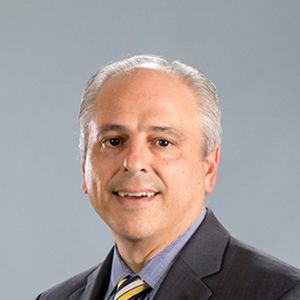 Founded in 1822 and opened on April 4, 1824, the Hartford Retreat for the Insane, now known as the Institute of Living, dramatically changed the delivery of psychiatric care.

“Before that, people with mental illness had been locked away in prisons or poor houses. There was no perception of mental disorder as an illness, rather the signs and symptoms were considered evidence of criminal behavior or demonic possession,” said Dr. Harold “Hank” Schwartz, who was Psychiatrist-in-Chief of the IOL for 29 years before stepping down into semi-retirement in 2018.

It was certainly a different time, with very little resemblance to the behavioral health landscape of today.

The Institute of Living (IOL) was among only four facilities of its kind in the nation. According to historical documents, it was capable of accommodating 40 to 60 patients who were segregated by “sex, nature of disease, habits of life and the wishes of their friends.”

The weekly cost of care was $3 for Connecticut residents, $4 for those from out of state and $10 to $12 for a suite with an exclusive personal attendant.

From the very first patients – a 36-year-old man suffering from “fanaticism” and a 26-year-old woman who had “broken down from overtaxing the intellect with difficult studies” – the IOL changed the treatment and care of the mentally ill in dramatic and progressive ways, Dr. Schwartz said.

“While both our understanding of mental illness and our ability to treat it have significantly advanced since then…many of the founding principles that governed the practices of this remarkable institution in its earliest years remain relevant today,” Schwartz wrote in the foreword of Mad Yankees: The Hartford Retreat for the Insane and Nineteenth-Century Psychiatry by Lawrence B. Goodheart.

The revolution was sparked by Dr. Eli Todd, the institution’s first superintendent who became interested in mental illness after caring for a sister who suffered from depression and eventually committed suicide. An empiricist, he championed the concept of mental illness as a disease and promoted the philosophy of moral treatment focused on patients’ individual needs.

Such ideals were followed by IOL physicians at a time when the field of medicine was distinguishing itself from religion. In fact, the IOL was the first in the country founded with donations from a state medical society.

Dr. Amariah Brigham, the third superintendent who founded the country’s first psychiatric journal (now the American Journal of Psychiatry), was one of the first neuroscientists and “the father” of social psychiatry, laying the groundwork for what is now called the “biopsychosocial model” of care. He conducted brain autopsies to correlate symptoms with gross anatomical changes in the brain. Analogies can be easily drawn to the many investigations underway today using 3T MRI scanners in the IOL’s Olin Neuropsychiatry Center.

The institution experienced waves of immigration during the 19th century, with poor German, Irish and other immigrants stressing its ability to care for those unable to pay for services until the state established public hospitals in the late 1860s, providing the first distinction between public and private care.

Periods of success and struggle marked the end of one century and the beginning of the next. But, in 1867, the grounds of the facility received a huge boost when renowned landscape designer and Hartford native Frederick Law Olmsted created a park-like environment that featured a wide variety of special specimen trees still attracting visitors today.

More innovation and evolution was in store for the IOL with the naming of Dr. C. Charles Burlingame as superintendent in 1939. His vision was for the facility to become one third hospital, one third university/educational environment and one third resort. While continuing to ensure quality moral care for patients, some of whom were hospitalized for years, he oversaw a tremendous expansion of services designed to improve their health and keep them comfortable.

This included adding residential cottages, a nine-hole golf course, indoor and outdoor pools and tennis courts, all of which are gone today. Dr. Burlingame added an educational program for patients with lectures and workshops on homemaking and woodworking. Groups of patients were taken to a nearby lake each summer and staff took others on New York City shopping trips.

During that time, various Hollywood stars and politicians came to the IOL for treatment, Dr. Schwartz noted.

“Whatever the people wanted, he tried to provide it for them,” he said of Dr. Burlingame, who also elicited staff ideas with a suggestion box. One of the most notable ideas was the new name for the facility in the early 1940s.

Dr. Burlingame also expanded research at the IOL with the construction of a dedicated building featuring state-of-the-art equipment.

The expansion of programming continued through the 1980s. Dr. Francis Braceland, for example, oversaw the creation of the Professionals Program to help professionally employed people address their illness without losing their job.

The advent of managed healthcare in the 1980s heralded Dr. Schwartz’s arrival from his post as chair of psychiatry at Hartford Hospital.

“There was practically a wall down Retreat Avenue separating the IOL and Hartford Hospital. We shared very little until that point,” he remembered.

In the late 1980s, the IOL staffed 450 beds with many patients staying for months and years until managed care forced the facility to downsize an astonishing nine times in just three years. By the early 1990s, the IOL was reduced to 150 beds and had an average length of stay of 28 days.

“Managed care eviscerated psychiatric hospitals in America and every hospital had to find its own solution to the challenge,” Dr. Schwartz said, adding that the solution at the IOL was consolidating with Hartford Hospital

The IOL and Hartford Hospital’s Department of Psychiatry merged in 1994 and the next year saw a blending of programs, staffs, ideals and goals.

“It was the hardest working year I’ve ever put in in my life,” Schwartz said. “I worked long days to get it right and I think we did get it right!”

As a result of the merger, the IOL could accept Medicaid patients, something private psychiatric hospitals in the United States cannot do.

“Until then, we really didn’t treat the community around us. Today, more than one third of the patients at the IOL are on Medicaid and we are very much focused on our community,” he said.

Under him, new programs such as the Schizophrenia Rehabilitation Program (focusing on cognitive rehabilitation), Anxiety Disorders Center, Early Psychosis Program and LGBTQ offerings, among many others, reshaped the IOL’s clinical landscape. Existing research programs were reinvigorated and new ones, like Olin, were established along with the reestablishment of independent residency programs.

Dr. Schwartz entered semi-retirement in 2018 and Dr. John Santopietro was named the first physician-in-chief of the Hartford HealthCare Behavioral Health Network, a role which now serves to link medical leadership across the system and tie the IOL more closely to Natchaug Hospital and Rushford, as well as services at The Hospital of Central Connecticut, Charlotte Hungerford and Backus hospitals and MidState Medical Center.

“We have an abiding responsibility for the individual,” he said. “It sounds simple but it’s not. There’s stigma and the mentally ill are still often treated as non-persons, as ‘other.’ But, the IOL stands like a beacon for the dignity and humanity of people suffering with mental illness. It is also like an incubator – there has always been fertile soil here for ideas. People came with an idea, planted it in the soil and it grew.”

He mentions the Anxiety Disorders Center as an example of a suggestion, this time from Dr. David Tolin, that was fostered and flourished.

Looking at gaps in service, the IOL has created programs for peripartum mood disorders, different tracks for treatment of psychosis, services specifically for the LGBTQ community and a Family Resource Center that organizes about 150 activities each year.

It is an environment, Dr. Santopietro said, that naturally attracts such national initiatives as Zero Suicide, which was adapted slightly by IOL staff to include a Suicide Assessment Model to help people assess an individual’s risk for suicide.

The IOL is focused on patient recovery, but also supporting people when they leave. The Schizophrenia Rehabilitation Center, for example, helps people live in the community, leading to a lower mortality rate in this population. The Vocational Rehabilitation Program provides job training skills in the IOL gift shop, greenhouse and cafeteria so patients can transition successfully to a job in the community.

Looking ahead, Dr. Santopietro said there is excitement and a tremendous sense of responsibility to perpetuate the reputation of care and progressive ideology at the IOL.

He described the following as drivers for the near future:

He also talked of expanding the health psychology fellowship that trains physicians in a range of medical areas – sleep medicine, orthopedics, headache, epilepsy, movement disorders, neuropsychology and heart transplant – across the system.