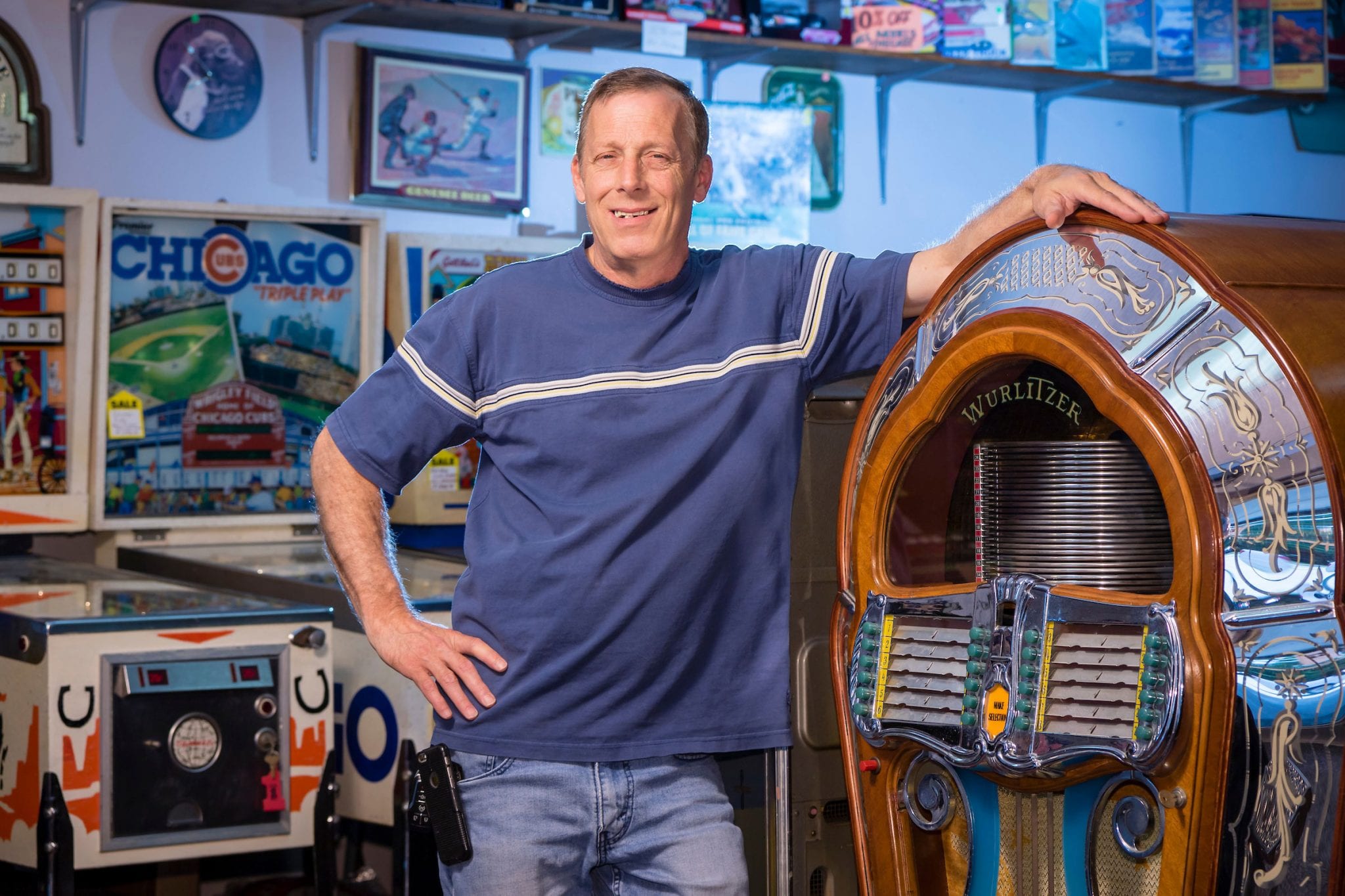 Steven Hanson is a familiar face around Hartford HealthCare’s Tallwood Urology & Kidney Institute offices, and not because he’s in fixing the vending machines as part of his job.

Since early 2017, the Vernon bachelor has had three separate surgeries to address a series of cancer discoveries in his bladder, ureters and urethra. Little by little, surgeons spent hours removing diseased organs and replacing them with new ones fashioned from other parts of his body so he’s able to function as well as ever before.

In hindsight, Hanson said his bladder cancer first emerged in the spring of 2016 when he noticed tinges of blood in his urine several times. Before he could call his doctor, though, it stopped and he chalked it up to an infection that had cleared. Several months later, when the blood speckles reappeared, he made an appointment with Dr. Abram D’Amato, a board-certified urologist with Tallwood.

“He did a few different tests on my bladder that fall and transferred me to Dr. (Joseph) Wagner. That’s when I knew things weren’t good,” says Hanson, referencing Dr. Wagner’s status as a urologic oncologist and director of robotic urologic surgery at Hartford Hospital. “(Dr. Wagner) told me he couldn’t save my bladder but he gave me three options.”

Faced with choosing a path quickly because the doctor felt waiting would mean the cancer could spread and kill him, Hanson said he opted to have Dr. Wagner remove his bladder and prostate and craft a neobladder from a section of his small intestine to leave in its place. The surgery was done robotically with an incision just large enough to remove the bladder.

“Surgery lasted hours and I was in the hospital for five days, but I was home just a few weeks before I started getting around OK and going to work,” Hanson says.

During a follow-up visit, however, tests revealed more cancer, this time in the ureters, tubes connecting the kidneys to the new neobladder to carry waste. That, Hanson said, was removed in a second procedure that left him in remission yet again. It was late in 2017 that he remembers Dr. D’Amato wanting to check the inside of his bladder to see how it was functioning. With advanced technology inserted through the penis, D’Amato discovered a tumor growing in the urethra, which drains urine from the bladder through the penis to outside the body.

A third surgery was necessary. The urethra needed to be removed, which would leave Hanson unable to drain the urine from his body. To solve this problem, the team took further advantage of the specialty services within the Tallwood Institute. While Dr. Richard Kershen removed the “outside” portion of the urethra, Dr. Wagner simultaneously removed the “inside” robotically through five tiny incisions and went on to connect the appendix to the neobladder and the skin of the abdominal wall. With a catheter, Hanson is able to successfully urinate on his own every four to five hours and does not need to wear a bag.

“I’m able to do everything I ever did before, including racing cars and boating,” Hanson said happily. “Recovery happened really, really fast and I had no difficulties or infections.”