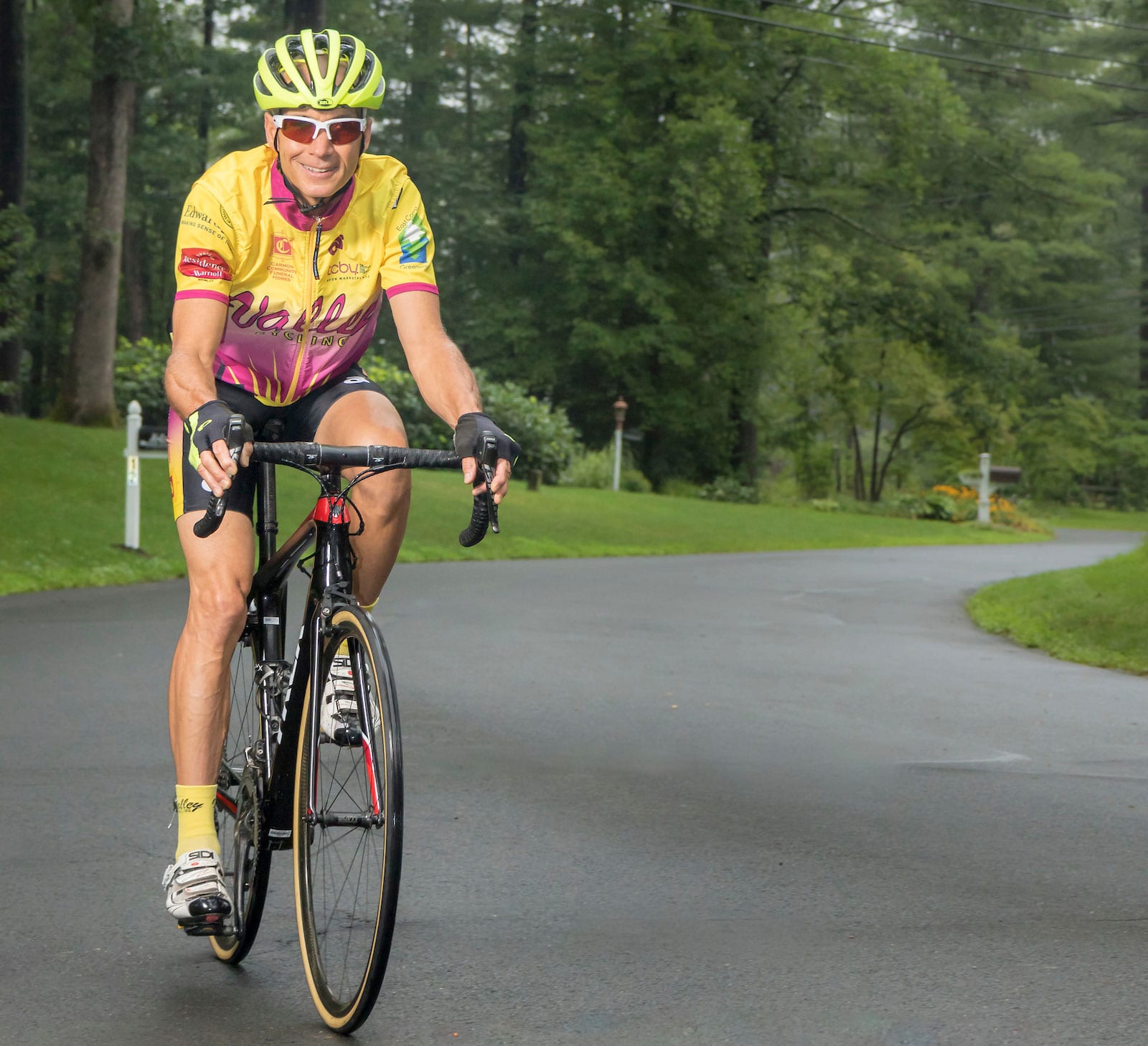 Feeling “great” and not eager to carve out time for his annual physical in 2017, Paul Mikkelson almost didn’t make an appointment.

The urine sample he gave as part of the routine testing revealed traces of blood. A second sample taken at a later appointment with his urologist also found blood, and a procedure called a bladder cystoscopy then discovered two cancerous tumors causing the trouble.

“I had absolutely no symptoms,” the 64-year-old Simsbury resident said. “My primary care doctor thought maybe I was just dehydrated because I ride the bike so much.”

Pathology reports on the tumors that were scraped from his bladder revealed an aggressive form of cancer and the need for further action. The self-proclaimed “analytical” sort was left to decide between a second attempt to scrape all traces of the disease out of the organ to save it and surgery to remove the bladder completely.

He sought expert opinions in New York and Boston. He set up a consultation with Dr. Anoop Meraney, director of urologic oncology with the Hartford HealthCare Tallwood Urology & Kidney Institute. Input was varied, but he eventually opted for the more radical option of surgery.

“I was quite impressed with Dr. Meraney,” Mikkelson says. “He answered every question I had, in the order in which I’d written them down. Then he said, ‘Whether I do it or not, you need to get this bladder out. He’s also analytical and super intelligent.”

In June 2017, Dr. Meraney removed his bladder and left an external ostomy bag in its place to collect urine. The father of two adult children said it was a “wonderful experience” overall.

“I feel like I’m healthier today than I was before the surgery,” Mikkelson says. “He took out my prostate too, so I don’t get up at night to go to the bathroom. I’m finally getting a good night’s sleep, which helps with healing. I’m back to everything I love doing — I ride the bike 50 to 60 miles at a time, I go skiing and golfing.”