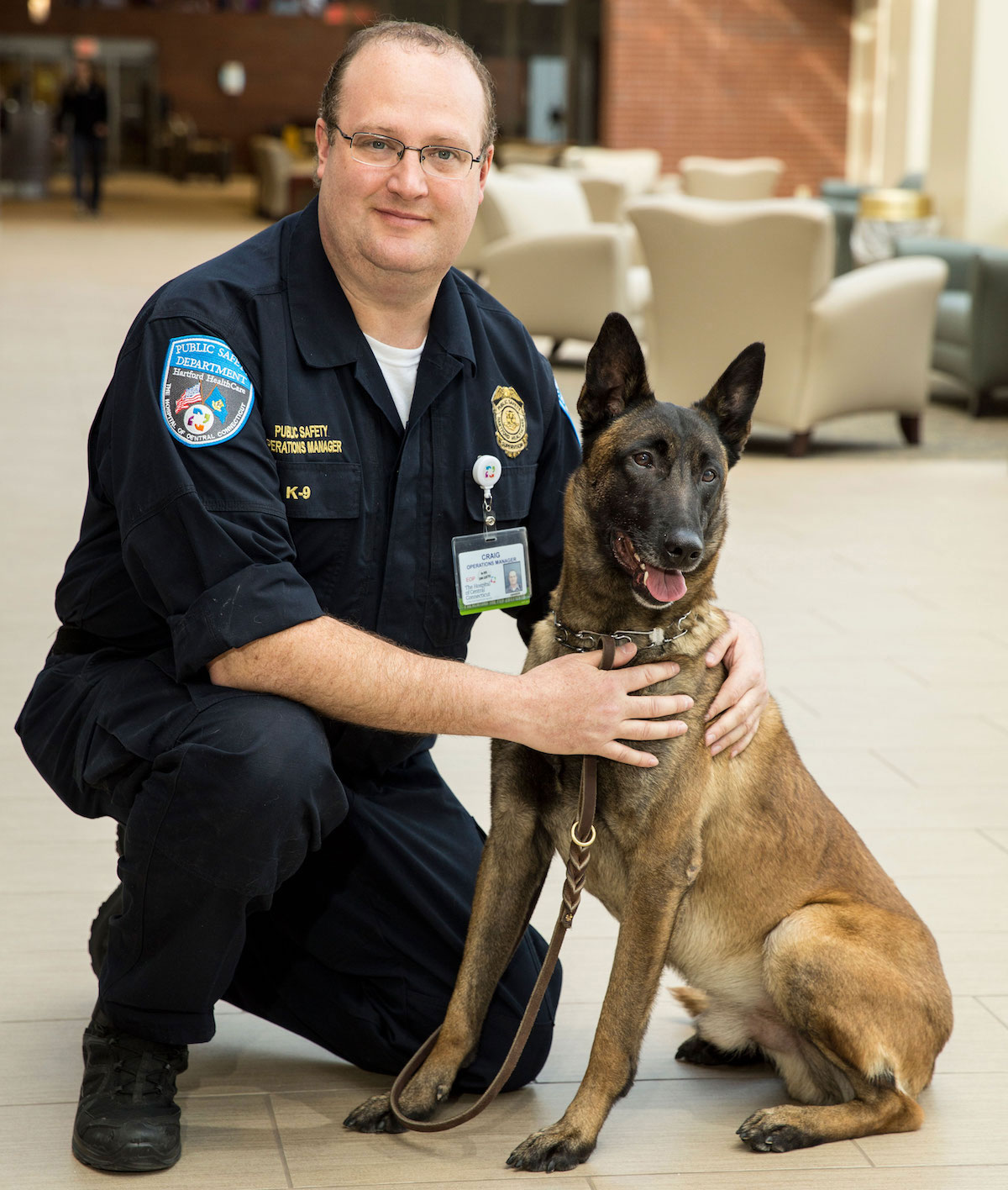 All across Hartford HealthCare you’ll find safety officers dedicated to ensuring that your experience is the best it can be.

But there is one new officer getting a lot of attention. With four paws and a tail, he answers to just one name: Nitro.

Nitro is a two-year-old Belgian Malinois. At first glance though, you might think he’s a police canine, but Nitro is specially trained to sniff out explosives, according to his human partner, Officer Craig Stegmaier from The Hospital of Central Connecticut.

“This is just another deterrent and detection that we have,” said Stegmaier “Another tool in the toolbox.”

Stegmaier and Nitro underwent weeks of intensive training together, and the bond they formed was instant.

“We started to connect and play around a little bit, and we just got hooked on each other,” he recalled.

As a public safety canine, Nitro is a full member of the Hartford HealthCare security team, regularly patrolling the grounds right of The Hospital of Central Connecticut. His presence boosts morale to patients, volunteers, visitors and employees alike, and have a particularly positive effect on his partner.

“I don’t think about all the stresses that I have on my computer and all my rooms that are full, it just makes me feel very relaxed to have him here,” said Stegmaier. “It’s rewarding, but it’s a lot of work as well.”

Pets (and their humans) play important roles all across Hartford HealthCare. Learn more about volunteer services here, or call 860-224-5231.