Cardiologist on Meat Study: An ‘Utter Disservice to the Public’ 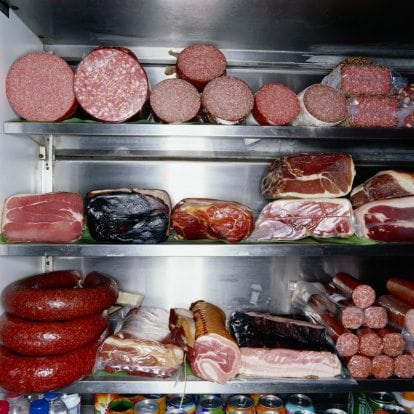 Seems like as soon as you adjust your diet to follow the latest healthy recommendations, those suggestions change. But one Hartford HealthCare Heart & Vascular Institute cardiologist said you can’t always believe what you read.

Dr. Waseem Chaudhry warned against being too quick to add servings of red meat to your plate despite recent research asserting it is not as harmful as originally believed.

A study published in the Annals of Internal Medicine concluded there is not enough scientific evidence to link the consumption of red meat and processed meats to heart disease and cancer. There is, the researchers stated, no need to cut consumption.

“This is utter disservice to the public and a false statement that defies the fundamental principal of medicine, which is ‘Do no harm,’” Dr. Chaudhry said. “The conclusions drawn from the new research contradict the evidence generated from their own meta-analyses.

“They reviewed already published research studies and published two review articles and three meta-analyses confirming previous findings on the negative health effects of red and processed meat. They actually found that consuming less red meat has health benefits, but concluded that the benefits are small and meat eaters enjoy meat and won’t change their behaviors, therefore one should continue to eat red meat.”

According to the research, he explained, people who eat less red meat each week have:

“Clearly, these risk reductions are substantial at individual and population levels,” Dr. Chaudhry said. “One-third of American adults consume at least one serving of red meat a day and the magnitude of health benefit for them will be even larger.”

The effects of red and processed meats on the human body are well documented, he added. Several studies connect red meat consumption with increased risk of heart disease and cancer through the formation of metabolites that boost inflammation and platelet clumping. One, the Trimethylamine N-oxide (TMAO), is a dietary byproduct formed by gut bacteria during digestion of red meat.

The effect of processed meats, which he called “the worst type of food,” on the body is even more dramatic. One study of more than 17,000 people showed that the highest consumers of a typical Southern diet that includes processed meat experienced a 56 percent higher risk of an acute coronary heart disease event over six years and a 57 percent higher risk of death from all causes. Consumers of a healthier diet experienced 22 percent less recurrent coronary heart disease events and death.

With this information in mind, he suggested following the current American Heart Association and World Health Organization recommended healthy diet that consists of less than one serving of red meat each week and avoidance of processed meats. A Mediterranean-style diet is the best studied diet for heart health, with no red or processed meat and substituting with salmon and other fish. It also calls for substituting oils with olive oil, eating more vegetables, fruits, whole grains, low saturated-fat dairy and plant-based protein sources such as beans and peas.