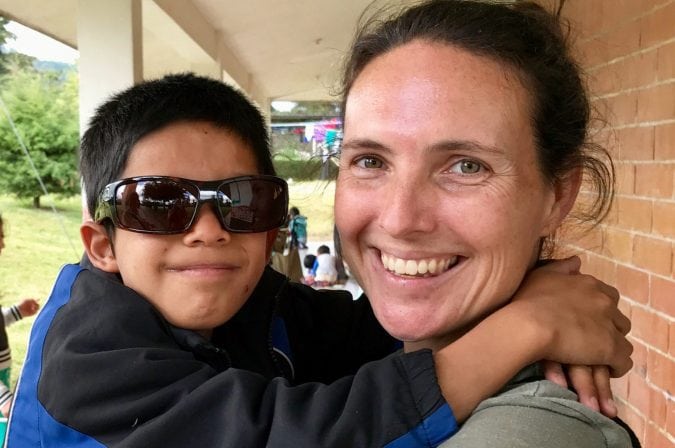 Elizabeth Lanham’s career was humming along just fine.  She had house, a dog and a great job as an advanced practice nurse in a busy community hospital emergency department.  She still longed for something more.  Elizabeth wanted to give back — “pay it forward” — for all of the blessings in her life, she says.

After reading a fellow nurse’s blog about her experience on a medical mission with orphans in Central America with the group “Our Little Brothers and Sisters,” Elizabeth said her next move became clear.  Elizabeth asked the medical director of the Backus Emergency Department if she could take a year off to work with the international aid group that helps orphaned and abandoned children in Latin America and Haiti by providing food, clothing, shelter, medicine, and education.  She says her boss was receptive and appreciative of her desire to help those less fortunate, but asked that, because of some changes occurring at the hospital at the time, she hold off for a year.  One year later she was off to Guatemala with a promise of a job when she returned.

Lanham’s pay-it-forward work will be recognized when she receives a 2017 Healthcare Hero from the Connecticut Hospital Association June 14 at the association’s 99th annual meeting in Wallingford.

In Guatemala, Elizabeth saw the devastation — physical and social — that had occurred because of a civil war nearly 25 years earlier.  The beautiful country was rife with poverty, violent crime, corruption and was home to hundreds of thousands of orphans.  UNICEF estimates that there are more than 370,000 orphans in Guatemala, most without access to healthcare, education or any support system.

During her year-long medical mission, Elizabeth lived and worked in a facility that housed 300 orphans from newborn to teenage.  Her primary job entailed working in the home’s health clinic with a local physician and five other nurses.  In that role she coordinated wellness visits, vaccinations, and follow-up care for those with pre-existing conditions.

“I was shocked that none of the children we cared for had had any vaccinations to that point,” she said.

While she felt like she was truly making a difference at the clinic, Elizabeth says here most rewarding experience was the job she had after her 8 a.m. to 5 p.m. shift ended each day. Each night, Elizabeth would feed and put to bed the home’s special-needs children.  One child’s experience, she says, will stick with her forever.

“He’s a quadriplegic who was shot while running away from his house.  Many of these children have seen their entire families killed; have been abused physically, emotionally, sexually.  Yet, there’s this unconditional love they have for [their caregivers] that I’ve never seen before,” she said.

Elizabeth says her group of special needs children hadn’t had a volunteer to help in some time.  And, it’s tradition that before their volunteer (also known lovingly as the “fun aunt” by the children) leaves after their year of service; they are expected to take the children on an excursion of some sort.  But taking several special-needs children on a day trip on a $50 a month stipend is no easy task.  So, Elizabeth enlisted the help of her Backus family, setting up a GoFundMe page and raising more than $500 in less than 24 hours.

“The outpouring of support from my colleagues was truly amazing,” she said.

With the money, Elizabeth was able to take her group of children for an overnight stay on the world famous Guatemalan shoreline.

“These children lived less than two hours from the shore and none of them had ever seen the ocean,” she says.

Prior to going to Guatemala, Elizabeth had done several shorter medical missions to impoverished Third World countries, including a stay in Haiti following the devastating earthquake in 2010.  However, because of her yearlong immersion she says her time in Guatemala was truly life changing.

“It was the children who made the entire experience meaningful. I went from living in my own house to living in a fenced-in community with armed guards 24 hours a day,” she says. “Being with children who are so different, have so many needs, but at the same time have this unconditional love that we don’t experience too much in the U.S., was really life changing.  I find that it’s helped me simplify my life and realize I don’t need a bigger house or [more possessions].  It’s really made me count my blessings.” 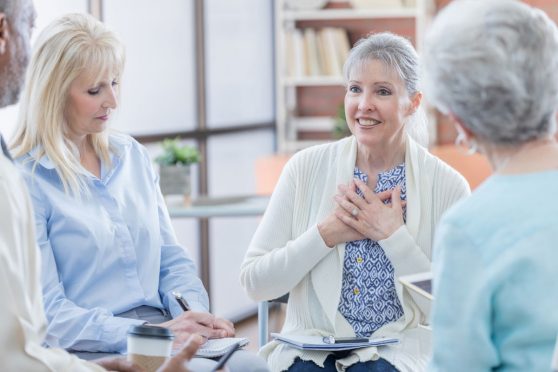 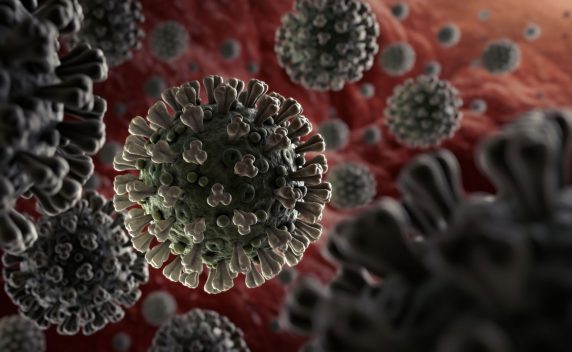